Add to Lightbox
Image 1 of 1
BN_FarmThatTimeForgot_32.jpg 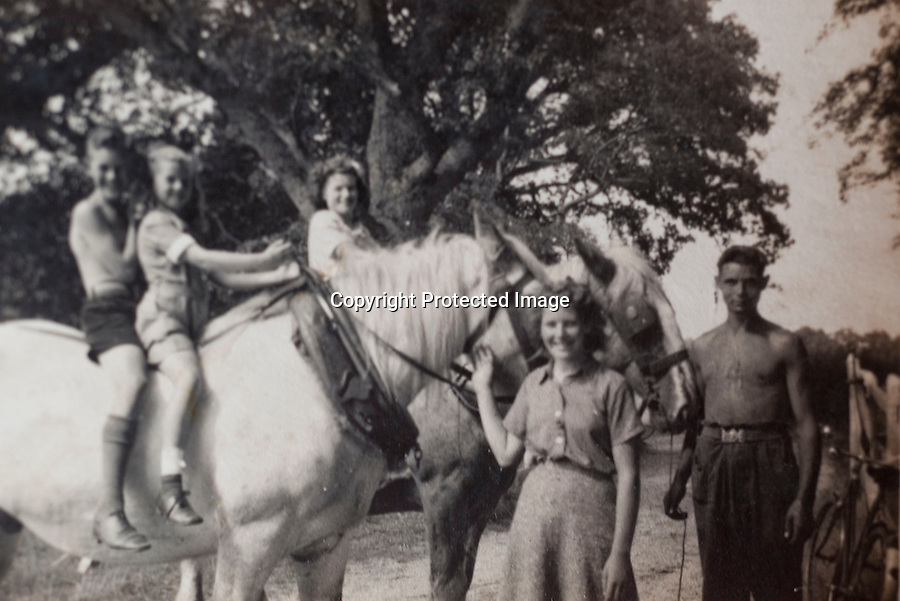 Timeless - Roberts father Tom with his sisters on the farm in 1940.

Old fashioned farmer Robert Sampson is turning back the clock on his acre plot at Harbridge, near Ringwood in Hampshire.

Despite his tractor giving up the ghost last year Robert has managed to plough 20 acres, roll 60, and harrow 100 all with the help of traditional horse power from his 18 Percheron heavy horses.

The sight of him at work using long forgotten methods frequently stops the traffic and he is often interupted to explain to passers by delighted to see horses working the fields of England once more.

Although it takes him three times as long to till the land as it would with a tractor Robert maintains the economic benefits as well as his enjoyment more than make up for the slightly slower progress.