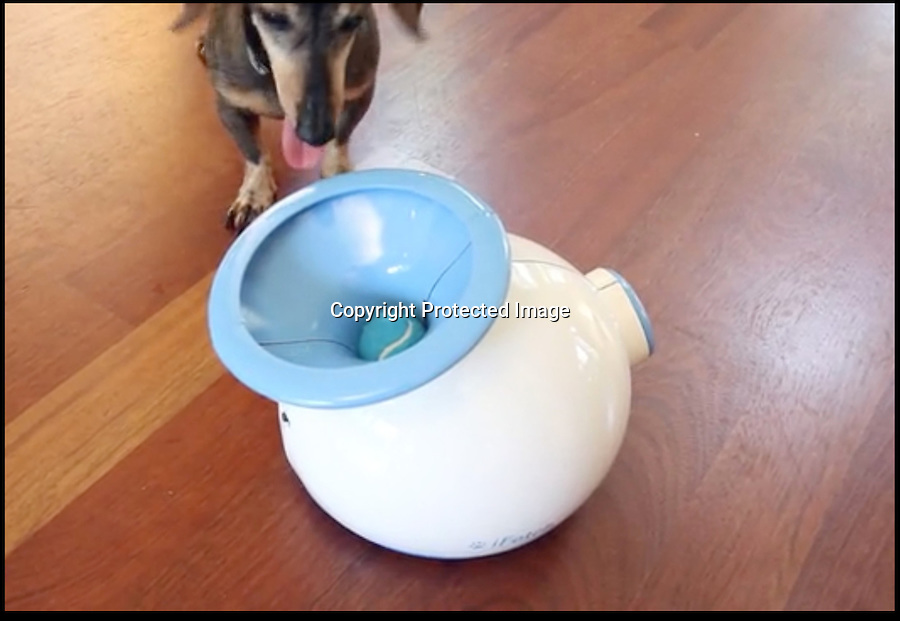 Dog owners who are tired of playing fetch with their pet pooches can now sit back and relax - as the latest doggie gadget can do it for you. The contraption dubbed the iFetch will launch tennis balls for dogs to catch and bring back without any human interaction. The device works by using a special shoot that will throw a ball between 10ft and 30ft in the air from a hole at the front of the machine. Once canines have grabbed it they simply need to bring it back and place it in a compartment at the back for the iFetch to launch once again.

The gadget was invented by Denny Hamill and his grandson Grant, 19, who were becoming tired of chucking balls every few minutes for their poodle Prancer.
Bournemouth News 1 Jul 2013 2134x1472 / 311.9KB