Add to Lightbox
Image 1 of 1
BNPS_GandhiLetter_01.jpg 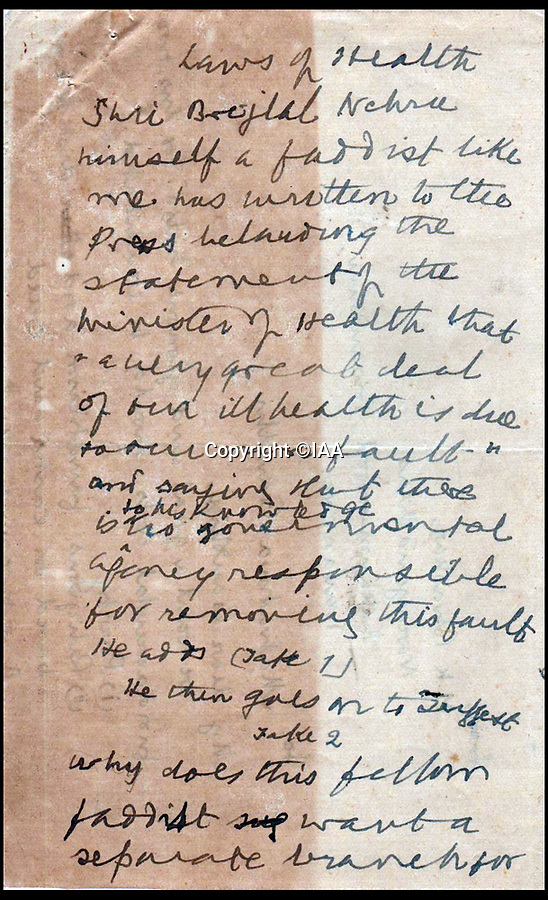 Ghandi ignored the warnings in the letter sent to him, instead writing manuscripts on the back about the country's health crisis.

A foreboding manuscript sent to Gandhi warning him of the dangers of religious fanatics six weeks before he was assassinated has emerged for sale for £20,000.

One of the Independance movement leader's followers wrote to him on December 21, 1947, to express his fears about the 'fundamental evil of religious fanaticism'.

But it appears Gandhi did not heed his concerns as he discarded the letter, turning it over to write a manuscript about the country's health crisis on the back.