Add to Lightbox
Image 1 of 1
BN_MattTheCatGetsAHaircut_03.jpg 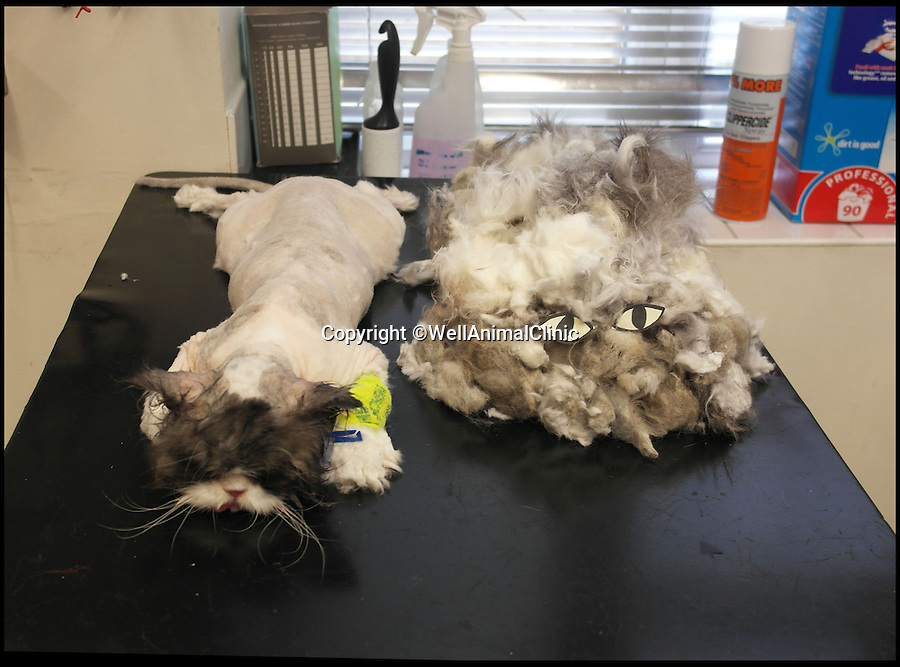 Matt the cat after he had been shaved with his matted fur.

Matt the cat has been given a new lease of life - after vets shaved off two carrier bags worth of fur.

The mangy moggie was close to death when he was discovered abandoned in a box that had been dumped by the side of the road.

After years of neglect his thick coat had grown so long it had become matted together and he was so sick he could barely muster the energy to eat.

Horrified vets rushed the Persian cat onto the operating table where he was sedated - and as soon as he went under they set about removing all of his fur.
©WellAnimalClinic 5 Jul 2014 4880x3614 / 1.3MB