Add to Lightbox
Image 1 of 1
BNPS_EvelKnievelHarleyDavidson_01.jpg 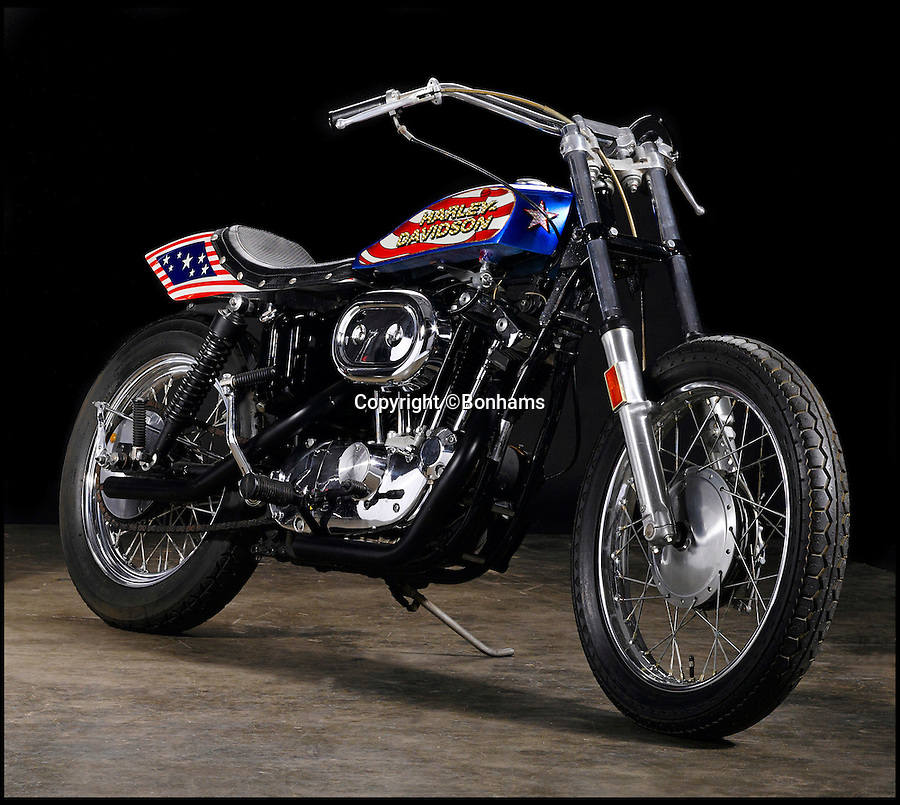 A classic Harley-Davidson motorbike ridden by Hollywood daredevil Evel Knievel in his first and only film has gone on sale for more than £60,000.

Knievel, considered one of the greatest showmen of the 20th century, rode the 1976 custom-built Harley in 1977's Viva Knievel!, a fictional adventure film in which he played himself.

Stuntman Knievel topped a star-studded cast that included Gene Kelly, Lauren Hutton, Leslie Neilsen and Red Buttons, but the mechanical stars were several Harley-Davidson XL1000 that had been painted in Knievel's Stars and Stripes livery to make them look like one of his iconic jump bikes.