Add to Lightbox
Image 1 of 1
BNPS_KingOfCakesRetires_031.jpg 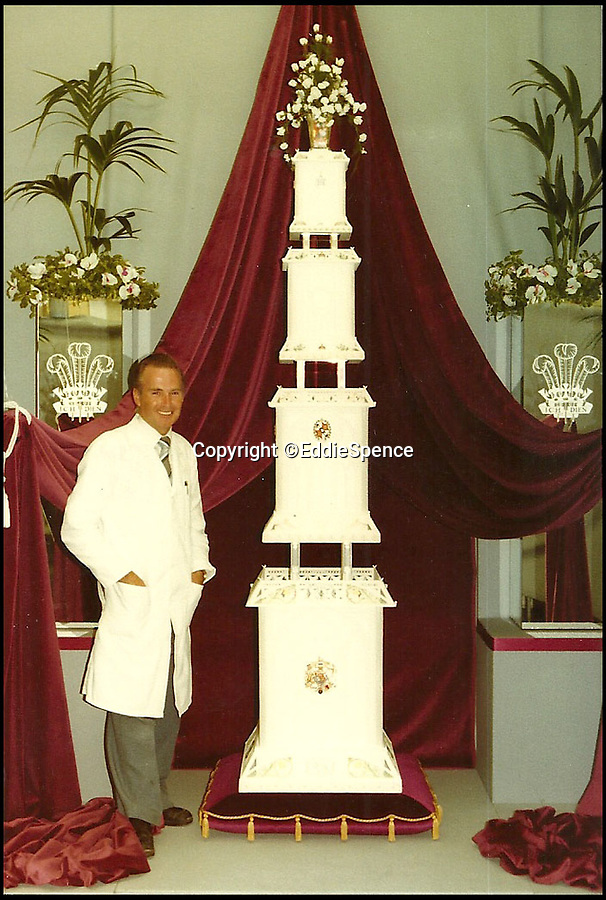 Eddie Spence standing next to his creation of Charles and Diana's wedding cake.

Queens cake maker finally hangs up his piping bag...  Royal cake maker Eddie Spence(85) has finally had to retire after an amazing 71 year career making the spectacular cakes for many Royal occasions from weddings, anniversaries and jubilee’s.  Eddie Spence's renowned icing skills earned him the chance to decorate numerous cakes for major Royal occasions, including the Queen's Diamond Jubilee and Charles and Diana's wedding.  He also created the cake for the Queen and Prince Philip's golden wedding anniversary - 50 years after he beat the eggs for the cake used for their wedding in 1947 as an apprentice.   In 2000 Eddie was awarded an MBE in the Queen's New Year's Honours for services to sugar craft.  Now aged 85, Eddie, from Bournemouth, has finally called it a day.
©EddieSpence 9 Jan 2014 704x1046 / 203.8KB