Add to Lightbox
Image 1 of 1
BNPS_HarrisonFormbyBanjo_03.jpg 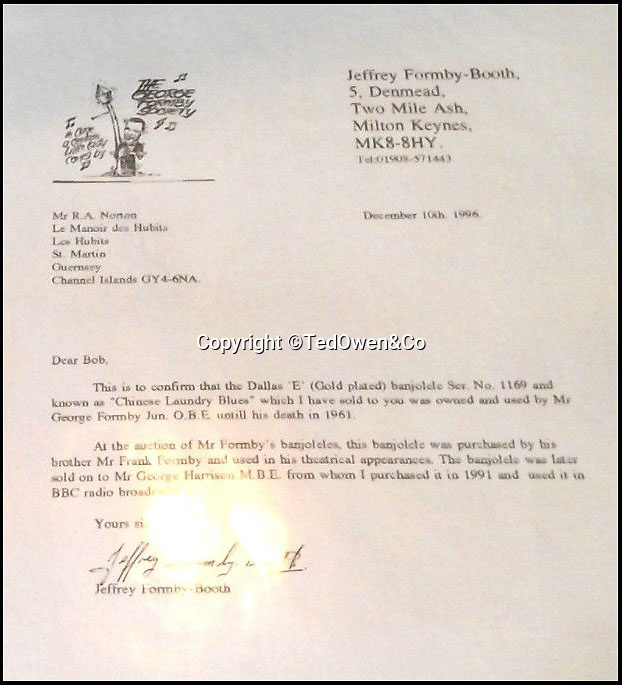 A letter from the nephew of Formby confirming that the Dallas 'E' (gold plated) banjolele was owned by George Formby until his detah in 1961.

A banjo which was owned by both George Harrison and George Formby has emerged for sale for £80,000.

The legendary Beatle acquired the banjolele in the late 1960s which had been specially hand-made for the famous entertainer George Formby in the 1930s.