Add to Lightbox
Image 1 of 1
BN_Twittertape_03.jpg 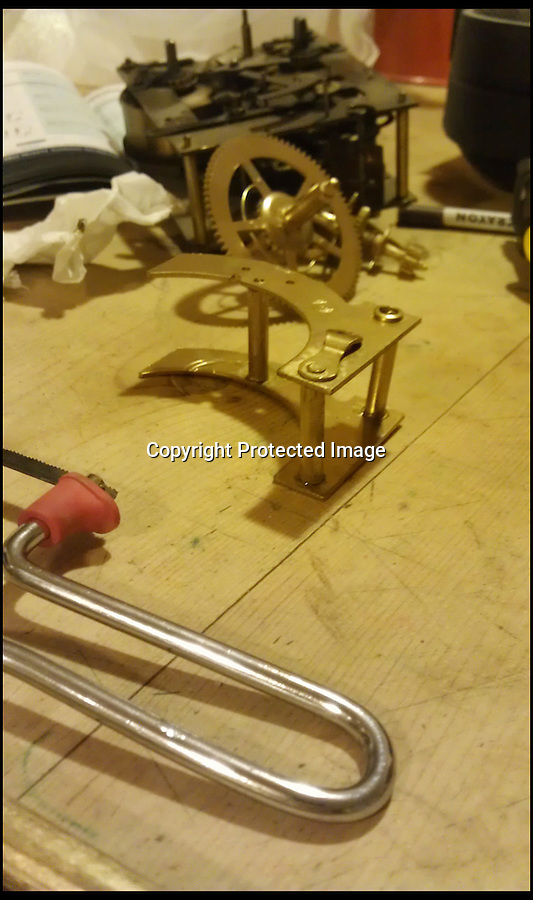 A wacky inventor who was obsessed with ticker tape machines from the 1800s has built a modern version, but instead of printing out stocks and shares - it prints out Tweets.

The ticker tape was invented by Thomas Edison in 1869 and wirelessly transmitted stock information across telegraph lines.

Adam Bautham, 32, was fascinated by the contraption and wanted to buy one for his own collection but found them to be incredibly expensive and hard to find.

The web development manager wanted to make his own version with a modern twist, and  built an entire machine from old clock parts that is directly linked to his Twitter feed.

The 'Twittertape' has been constructed completely out of the discarded mechanisms and runs using a micro controller and a small printer.

It links up to an internet network with an ethernet cable and automatically checks Adam's Twitter feed every 30 seconds, printing out new Tweets each time.

The device uses paper similar to a receipt roll in a supermarket till and instead of using ink, it burns the text onto the surface.

Adam spent three months building the Twittertape at home on his kitchen table and is hoping to have them commercial produced after receiving many enquiries.