Add to Lightbox
Image 1 of 1
BN_MonroePhotographAuction_010.jpg 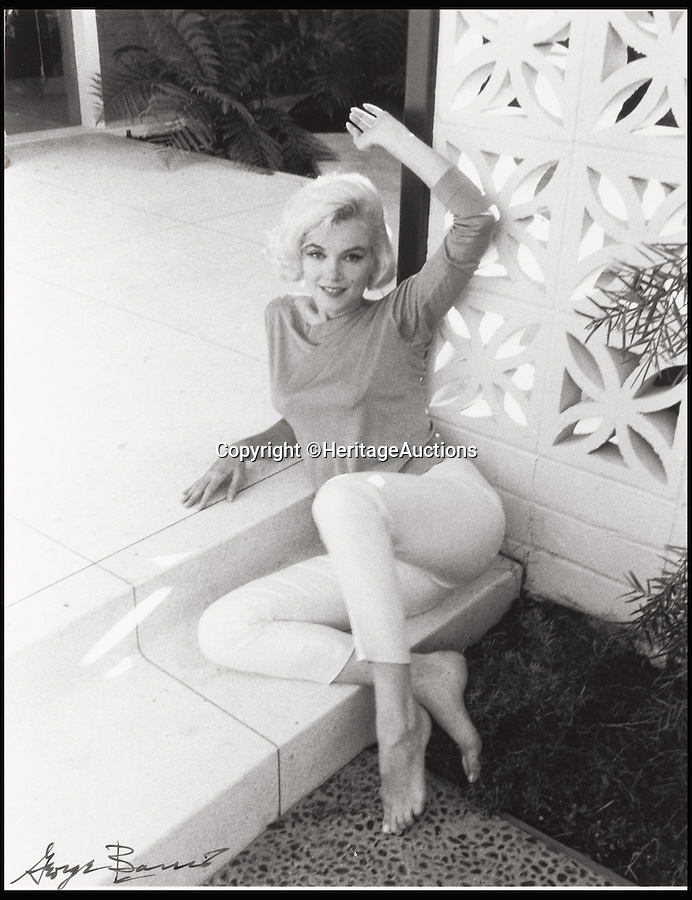 The last ever professional photos of tragic Hollywood star Marilyn Monroe taken just weeks before her death have emerged for sale for a staggering £50,000.

Monroe was the biggest star on the planet when she posed for celebrity photographer and close friend George Barris in mid July 13, 1962.

His set of photographs were destined for a book he was working on about the star - but tragedy intervened when just three weeks later Monroe was found dead at her Los Angeles home aged 36.

A set of six original poignant prints signed by Barris have now emerged for sale, and experts say they could fetch up to $6,000 each - around £4,000.

Also up for grabs at the Heritage Auctions sale are six signed shots from the iconic photoshoot of Monroe taken by fellow photographer Bert Stern in late June 1962 for Vogue magazine which ironically became known as 'The Last Sitting'.
©HeritageAuctions 3 Mar 2015 2358x3067 / 707.1KB