Add to Lightbox
Image 1 of 1
BNPS_VictorianTravellingCircus_03.jpg 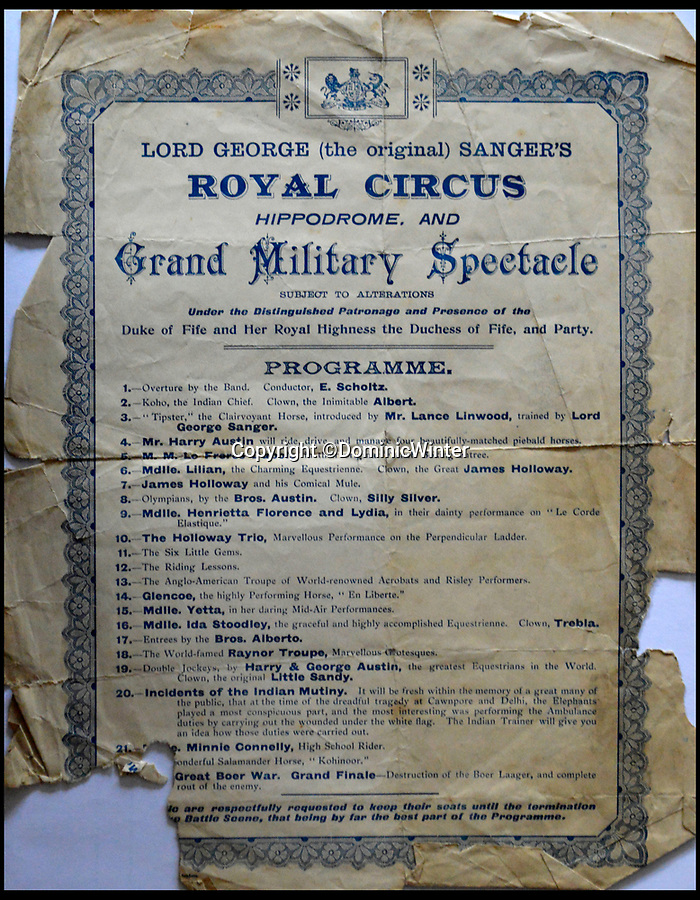 Lord George Sanger's 'Great Military Spectacle' even included scenes from the Indian Mutiney and finished with the Boer War.

Tragically, in 1911 Sanger was murdered with a hatchet at his home at Park Farm, Finchley, by employee Herbert Charles Cooper, who then committed suicide.
©DominicWinter 29 Sep 2017 2739x3520 / 1.4MB