Add to Lightbox
Image 1 of 1
BN_PassengerDetainedAtTenerifeAirport_03.jpg 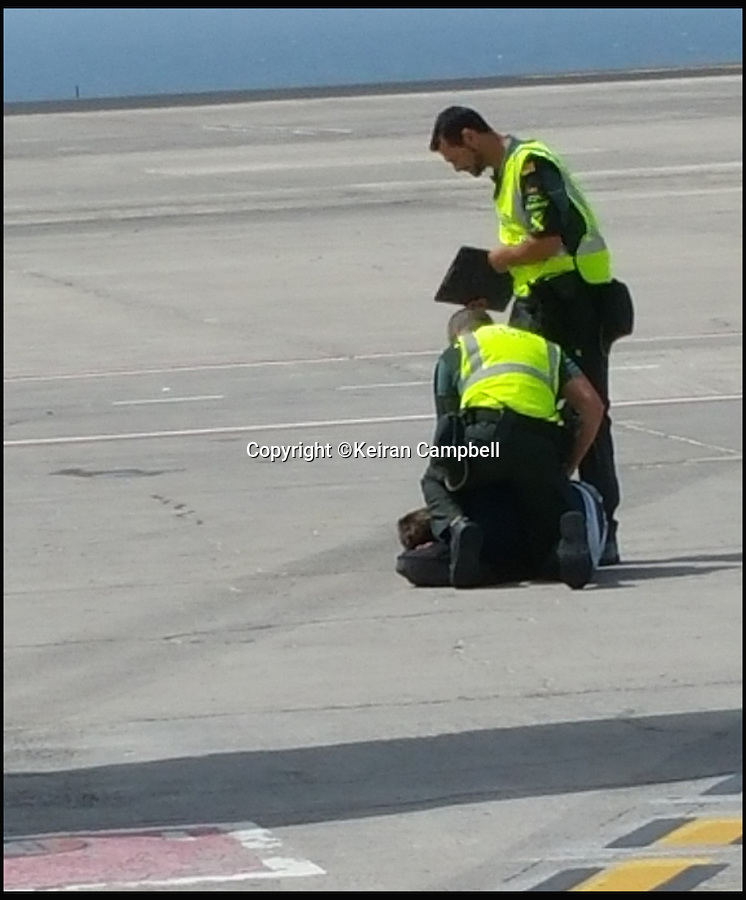 This is the dramatic moment a British holidaymaker was pinned down by police on an airport apron after causing havoc among passengers on board a flight.

Spanish police were waiting to detain the aggressive holidaymaker as the Ryanair plane landed in Tenerife after he was said to have acted inappropriately towards women passengers on board.