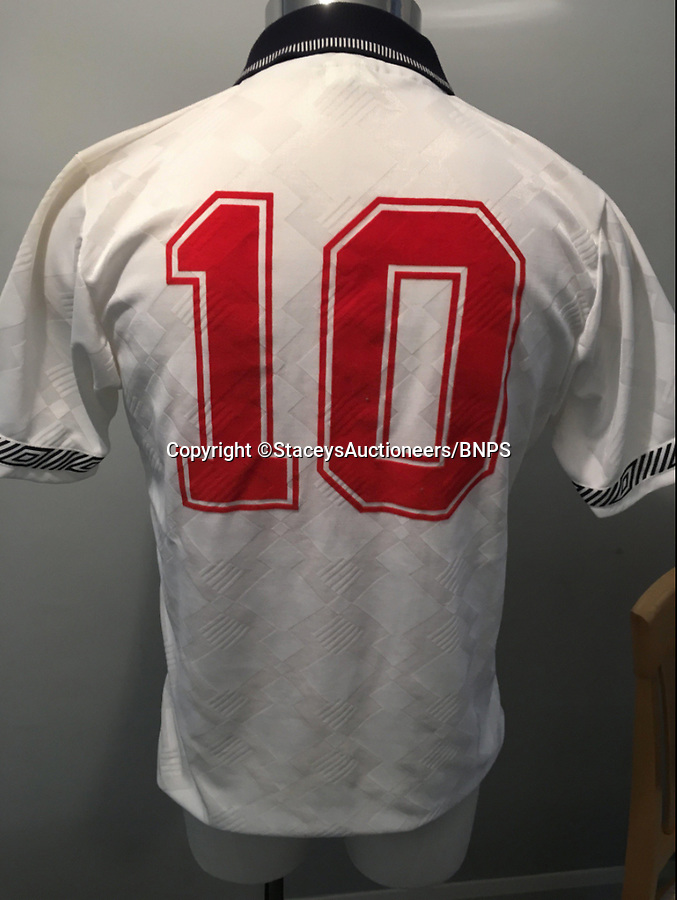 The tear-stained football shirt worn by Gary Lineker for England's famous 1990 World Cup semi-final match against Germany has sold for £2,500.

The star striker wore the white Umbro top throughout the game in which he scored England's equaliser and consoled a tearful Paul Gascoigne.

After England returned home having lost on penalties to Germany in the semi-final, the Match of the Day presenter offers his number 10 shirt as a competition prize.
©StaceysAuctioneers/BNPS 8 Oct 2019 848x1128 / 495.8KB