Add to Lightbox
Image 1 of 1
BNPS_EggcellentNewGadget_08.jpg 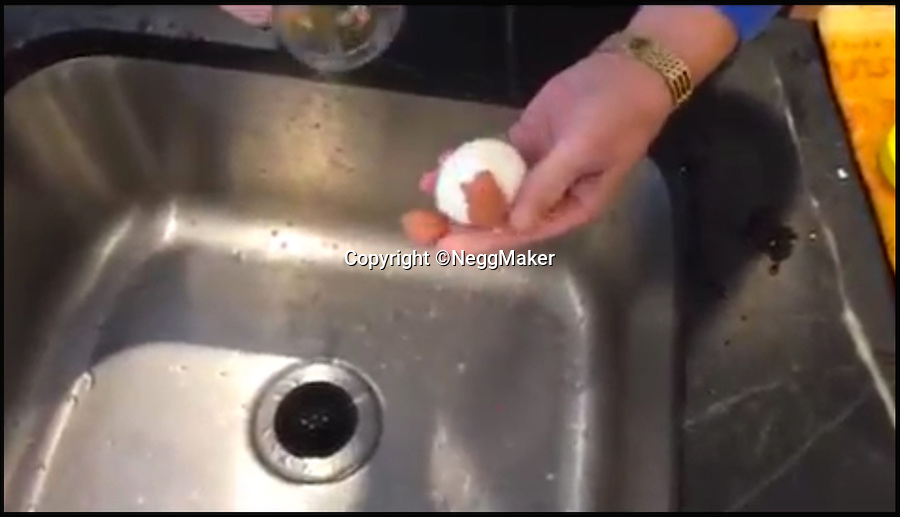 Remove egg from the Negg Maker and the shell will slide right off.

The tedious task of peeling boiled eggs could be a thing of the past thanks to this nifty new gadget.

Rather than having to painstakingly pick dozens of tiny fragments of broken shell off the boiled egg, the clever device removes it with just a couple of shakes.

The gadget, called the Negg Maker, is the brainchild of friends Bonnie Tyler and Sheila Torgan, who came up with the idea after undertaking the laborious task of peeling dozens of eggs for a cocktail party.