Add to Lightbox
Image 1 of 1
BN_MonthyPythonFoot.jpg 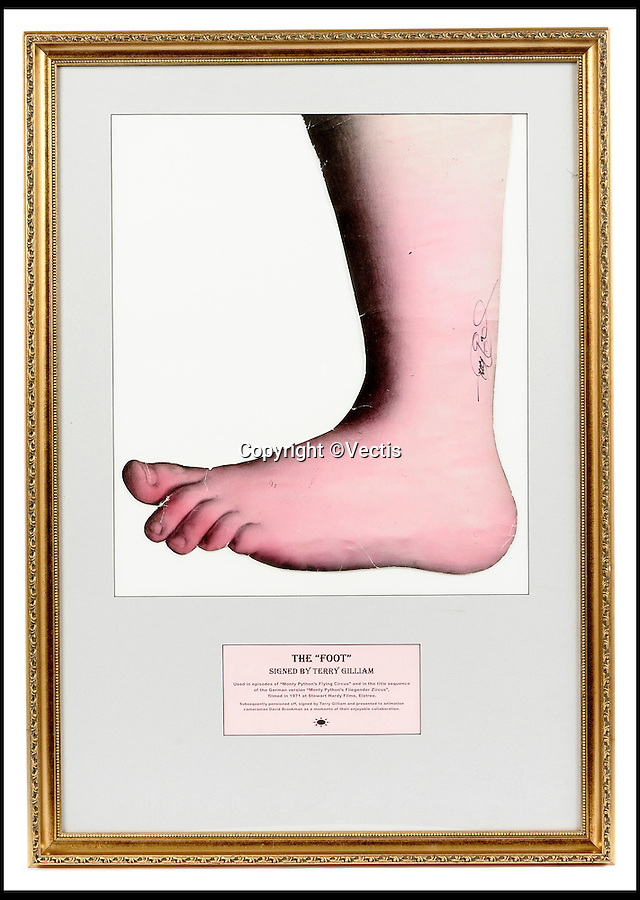 The famous foot from the opening sequence of Monty Python's Flying Circus has emerged for sale - just as the original members of the comedy troupe perform live for the final time.

The foot became a symbol of the Pythons after featuring in the surreal opening titles squashing various things.

It appears from the top of the screen to stamp on a man in a suit with flowers growing out of his head and then a banner with the show's name on it to the sound of someone blowing a raspberry.