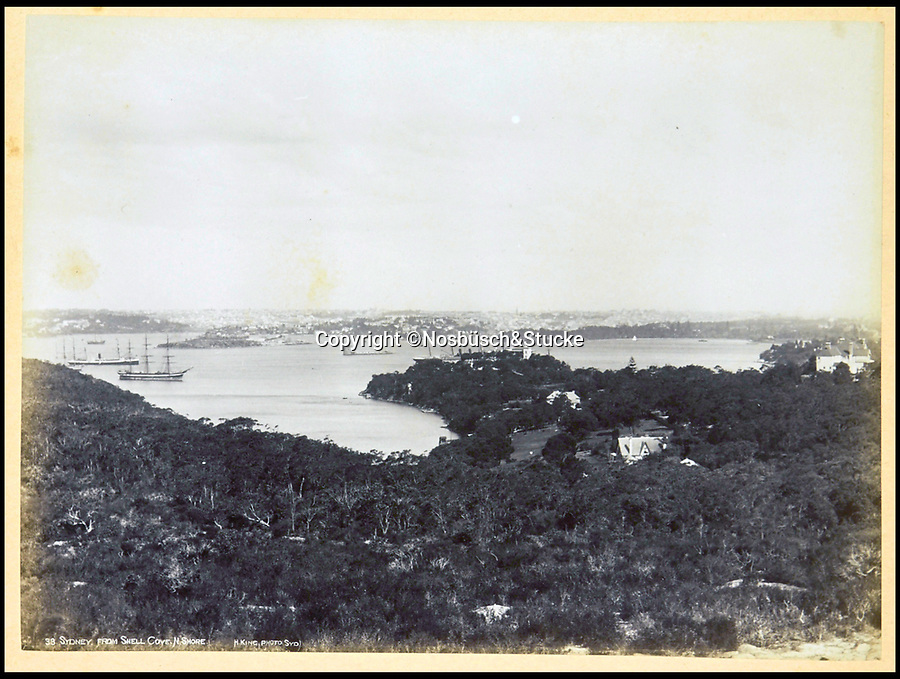 King also took various photos of Circular Quay - the city's main harbour - but missing from them are images of the Sydney Harbour Bridge and Sydney Opera House as these landmarks were both not built until well into the 20th century.
©Nosbüsch&Stucke 23 May 2017 1193x899 / 923.2KB