Add to Lightbox
Image 1 of 1
BNPS_NeedleInAHaystack_12.jpg 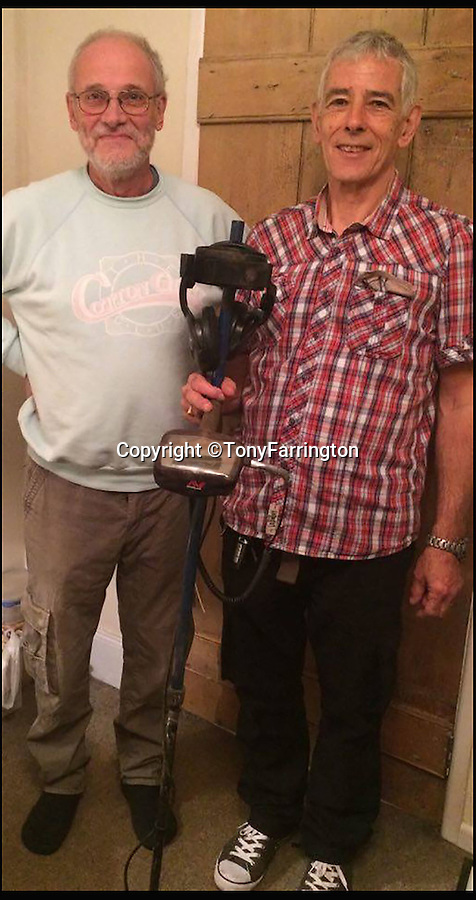 JohnTresidder (right) with Tony Farrington who lent him the metal detector.

Married John Tressider got the needle when he lost his wedding ring in a giant haystack - only to find it two weeks later using a metal detector.  John, 68, from East Budleigh, Devon, had been helping out on his auntie's farm and was moving 200 large bales of straw when he noticed his gold Celtic band had come off his finger.  After two separate 'needle in a haystack' searches for it he borrowed a friend's metal detector and finally found it close to the bottom of the 20ft tall stack.
©TonyFarrington 6 Jan 2017 863x1632 / 200.4KB