Add to Lightbox
Image 1 of 1
BNPS_SadBeggingLettersFromEnglandsBestStriker_08.jpg 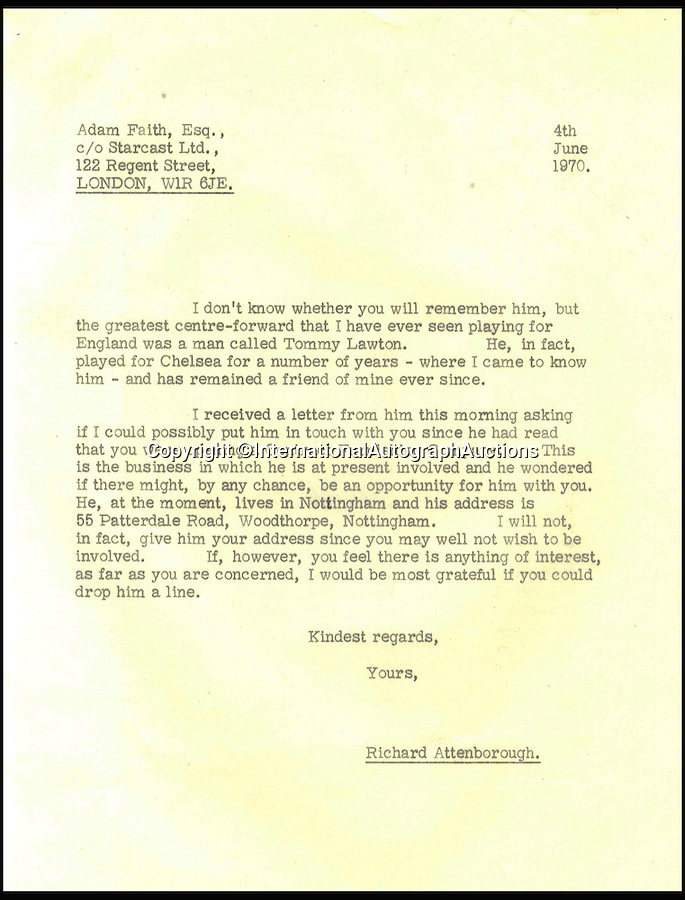 A letter from Richard Attenborough to Adam Faith, dated June 4th 1970, asking if he has a vacancy for Tommy Lawton.

Sobering letters by football legend Tommy Lawton begging his great friend Richard Attenborough for money after his playing career came to an end have come to light.

The former Arsenal, Chelsea and Everton hero from the 1940s and '50s was once described as England's greatest ever centre forward and was subject to a record transfer fee for his services.

Yet the gulf in fortunes between the grounded footballers of yesteryear and the millionaire playboys of the modern game who can earn £100,000 a week is laid bare in the sad correspondence from 1970.
©InternationalAutographAuctions 13 Jan 2016 2198x2887 / 1.1MB