Add to Lightbox
Image 1 of 1
BNPS_HeroBritishSoldiersVC_04.jpg 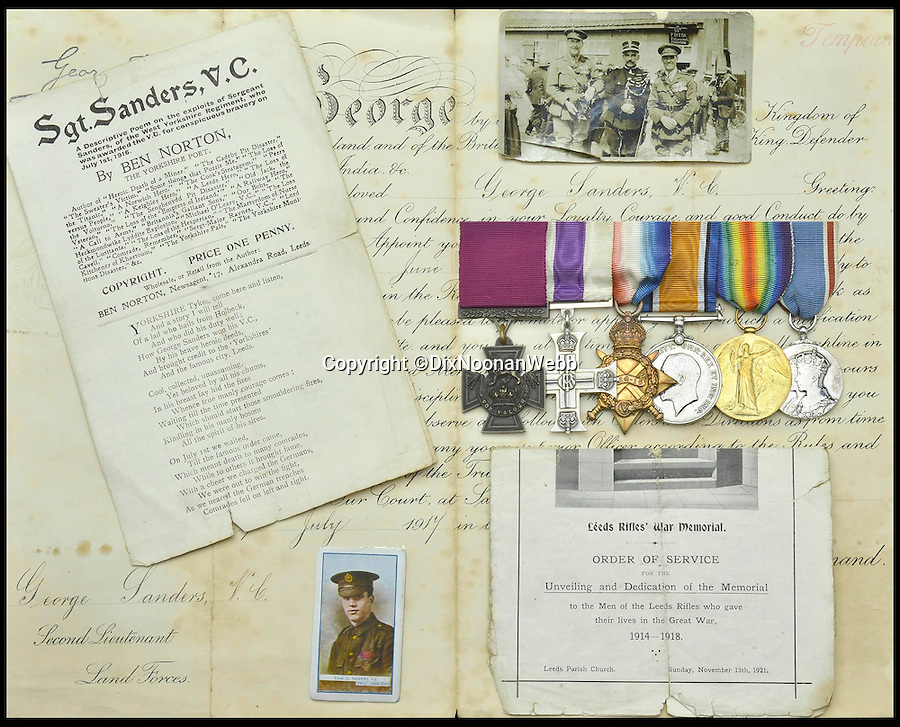 The decorations, medals, documents and photos being sold by Dix Noonan Webb.

His Victoria Cross and Military Cross have been passed down through the family and are now to be sold for the very first time at London auctioneers Dix Noonan Webb.
©DixNoonanWebb 8 Feb 2017 5276x4266 / 1.8MB