Add to Lightbox
Image 1 of 1
BN_BlottedOutOfHistory_01.jpg 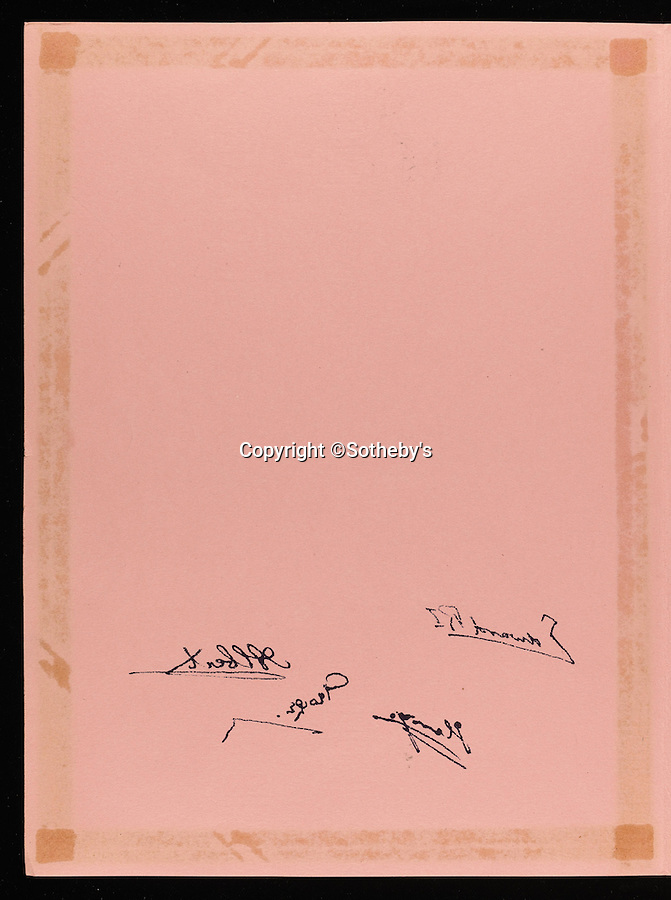 On reflection...The blotted history of the Royal abdication.

A sheet of blotting paper used to dry the Royal signatures on the document confirming the abdication of King Edward VIII has come to light after 78 years.

The Instrument of Abdication was signed by the outgoing playboy monarch along with his three brothers who were witnesses to the historic moment.

Seven identical documents were signed by the brothers at Windsor Castle and for each one a layer of blotting paper was placed over the top to dry the ink of the fountain pen.
©Sotheby's 1 May 2014 3704x4970 / 1.7MB