Add to Lightbox
Image 1 of 1
BNPS_ToFreeTheRomanovs_012.jpg 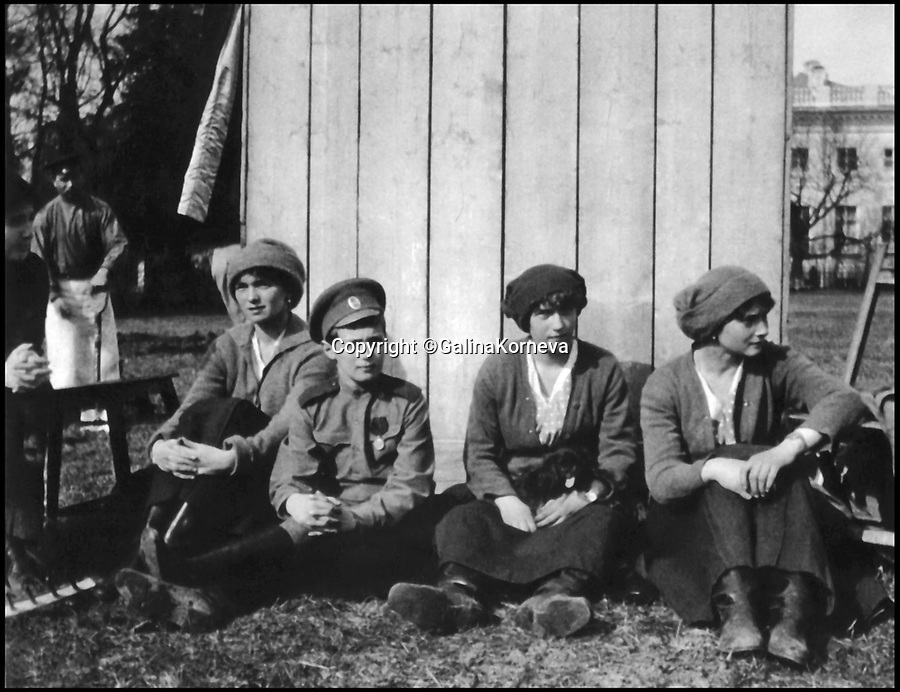 The Tsar’s children at Tsarskoe Selo, 1917.
Olga, Alexei, Anastasia and Tatiana taking a rest after working in the kitchen
garden in the Alexander Park, May 1917.

Dmitri Pavlovich no-holds-barred diary extracts have been published for the first time in a new book by respected historian Coryne Hall, To Free The Romanovs.
©GalinaKorneva 4 Jul 2018 1797x1382 / 269.1KB