Add to Lightbox
Image 1 of 1
BNPS_AccountOfLastLifeboatOfTitanic_02.JPG 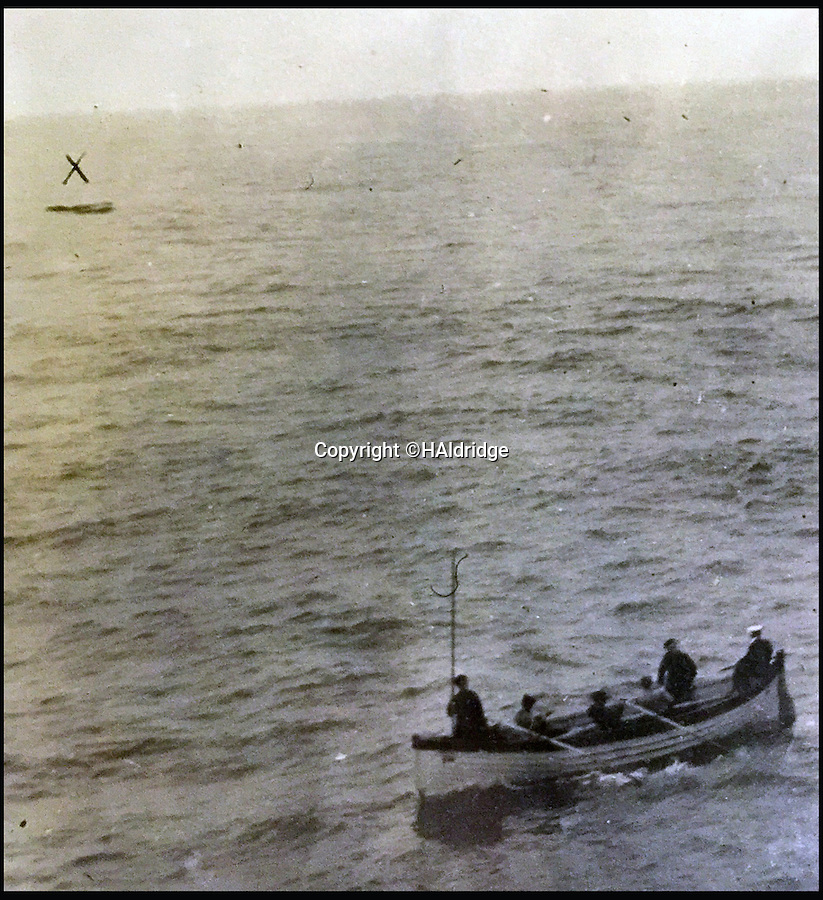 The Oceanic cutter rows out to the Titanic's last lifeboat with its grusome contents.

A poignant account of how the bodies of three Titanic victims were found in an abandoned lifeboat a month after the disaster has surfaced after 104 years.

The three men were discovered in the collapsable boat 200 miles from the wreck site by the passing British liner RMS Oceanic on May 13, 1912.

The captain manoeuvred the ship towards the object in the water and the crew and passengers goulishly watched with binoculars as it dawned on them there were bodies still on board.
©HAldridge 12 Apr 2016 1910x2089 / 1.3MB