Add to Lightbox
Image 1 of 1
BN_ShamCastle_03.jpg 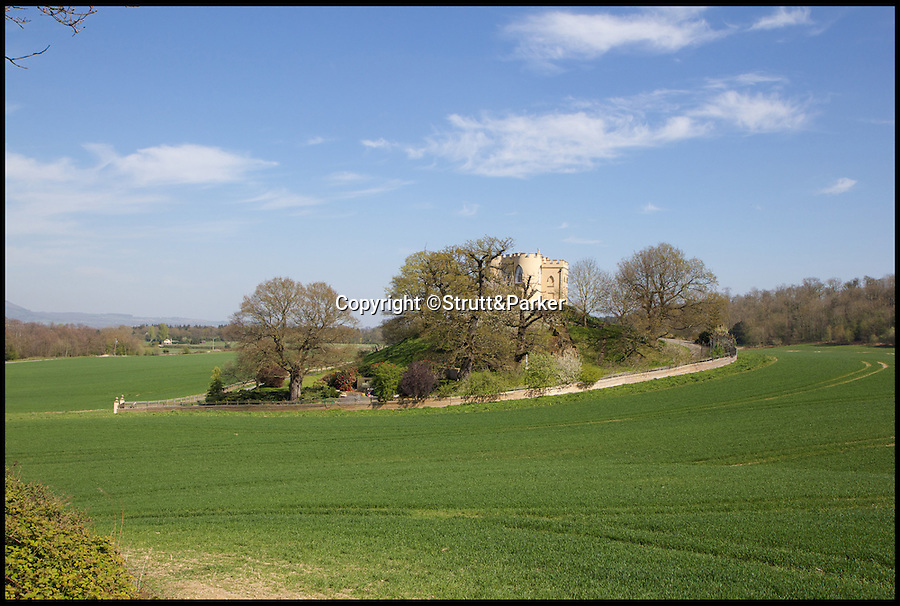 Sham Castle sits atop a 60ft hill in the crater of an extinct volcano among 1.7 acres of glorious wooden gardens.

A 250-year-old folly bought for just £1 when it fell into ruin has gone on the market for £750,000 after being restored to its former glory.

Philip Evans and Christopher Joll spent 13 years lovingly transforming historic Sham Castle from a run-down wreck into the enchanting Georgian castle it once was.

The stunning three-turreted hexagonal folly was built by aristocrat Sir Edward Smythe in 1780 on the grounds of his sprawling country mansion Acton Burnell Hall near Shrewsbury, Shropshire.

By the mid 19th century the folly became a gamekeepers cottage but by the 1950s had fallen into disrepair and was left empty.

In 1984, after decades of neglect, it was in such a poor state that it was sold to local bookshop owner and philanthropist Christopher Powney for just £1.

It was in 2001 the Grade II-listed folly was snapped up by Mr Joll, who writes and directs the British Military Tournament, and he set about painstakingly returning it to its previous condition.
©Strutt&Parker 16 Apr 2014 3400x2289 / 2.0MB