Add to Lightbox
Image 1 of 1
BNPS_GermanBoardgame_04.jpg 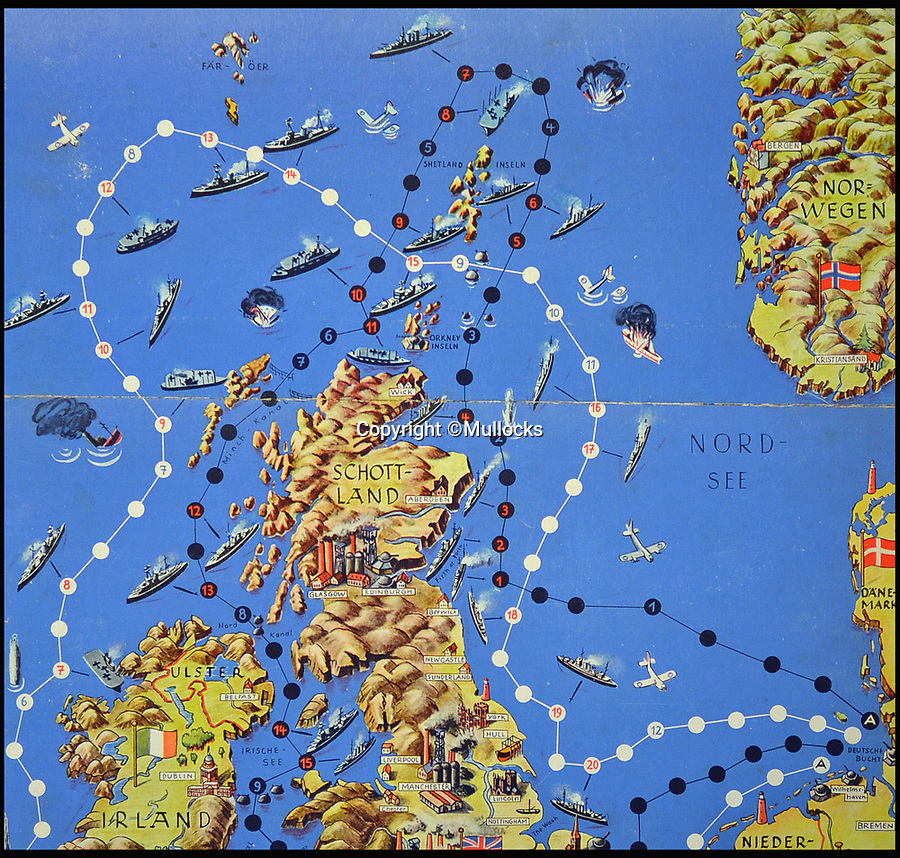 A sinister Nazi board game where players invade Britain using U-Boats, fighter planes and bomber aircraft has emerged for auction which reveals the depths of propaganda during the Third Reich.

The six player game is called 'Wir fahren gegen Engeland' which translated into English is 'drive against the English'.

It was designed in a deluded attempt to brainwash and inspire hatred towards the enemy amongst German children.