Add to Lightbox
Image 1 of 1
BNPS_VictorianCarriage_04.jpg 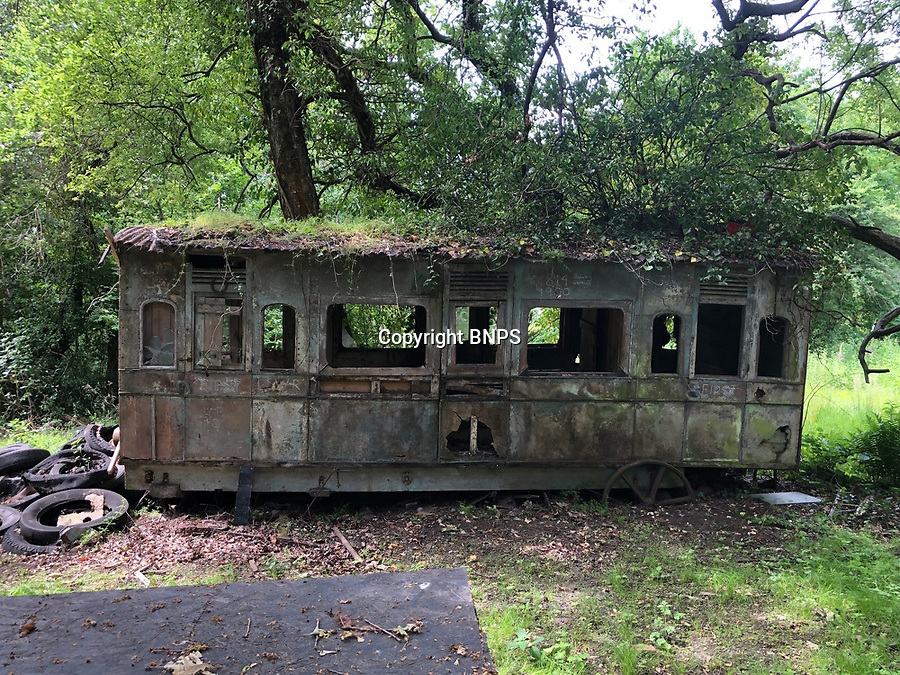 Pictured: The Victorian train carriage under brambles in a New Forest field.

A 'branch line' train found languishing in a forest after almost 100 years has sold for £8,000.

The Victorian train carriage dates back to the earliest days of the railways in the 1850s and would have served first class passengers on the Great Western Railway.