Add to Lightbox
Image 1 of 1
BN_OneInTen_01.jpg 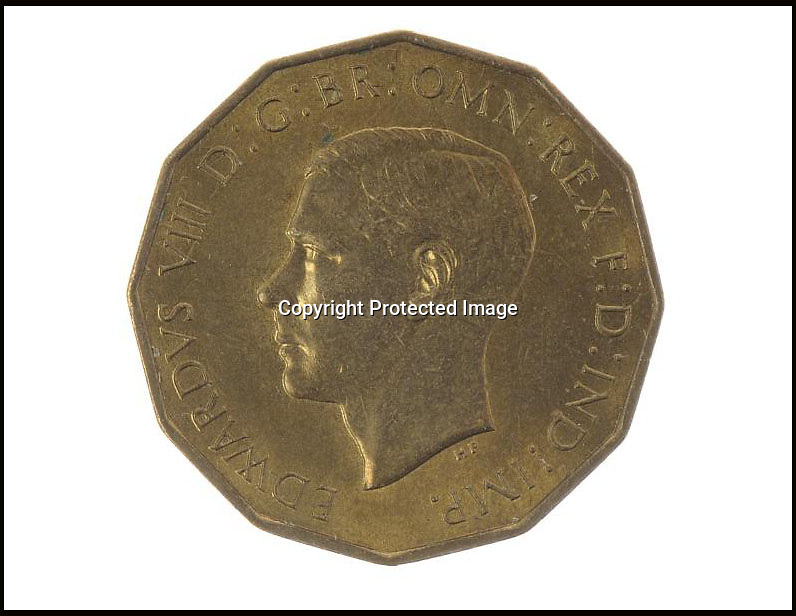 An incredibly rare coin bearing the head of King Edward VIII that was struck before he famously abdicated has emerged for sale for 30,000 pounds.

The dodecahedron-shaped coin was an experimental piece produced by the Royal Mint after the death of King George V.

Edward automatically succeeded his father but abdicated before his coronation so he could marry American divorcee Wallis Simpson.

While commemorative Royal China was mass-produced to honour the new King, hardly any coins with his head on were created.
P Yeomans 16 Sep 2013 796x616 / 95.1KB