Add to Lightbox
Image 1 of 1
BNPS_AftermathOfWW2Pix_023.jpg 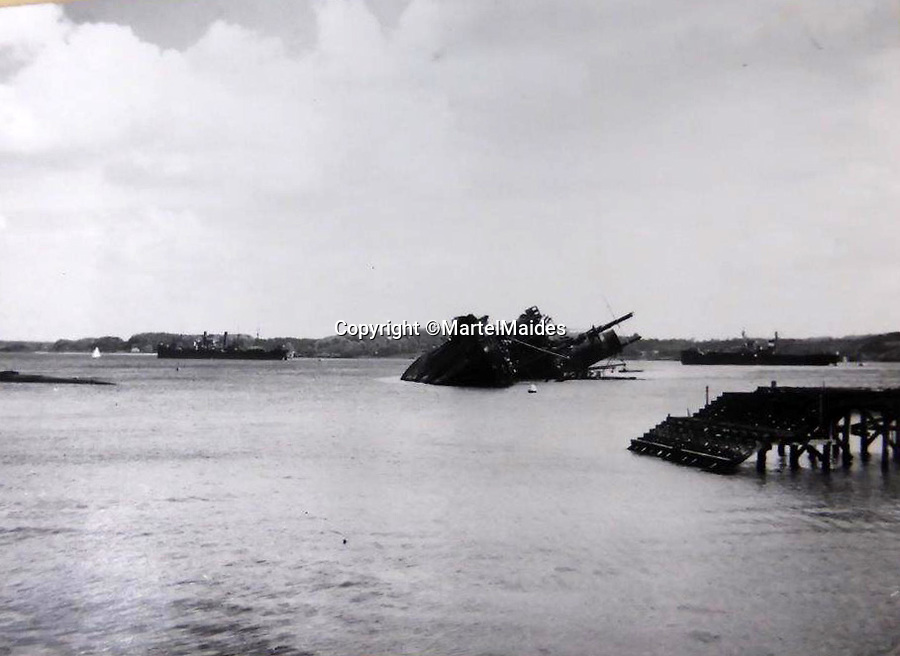 Sunken ships still remained in Kiel harbour in 1946 - Although the town was beyond the stop-line set for the western Allies after the German surrender at Lüneburg Heath, its port, its scientists, and the canal were seized by a British T-Force led by Major Tony Hibbert on 5 May 1945.