Add to Lightbox
Image 1 of 1
BNPS_UnseenKiplingAlbum_07.jpg 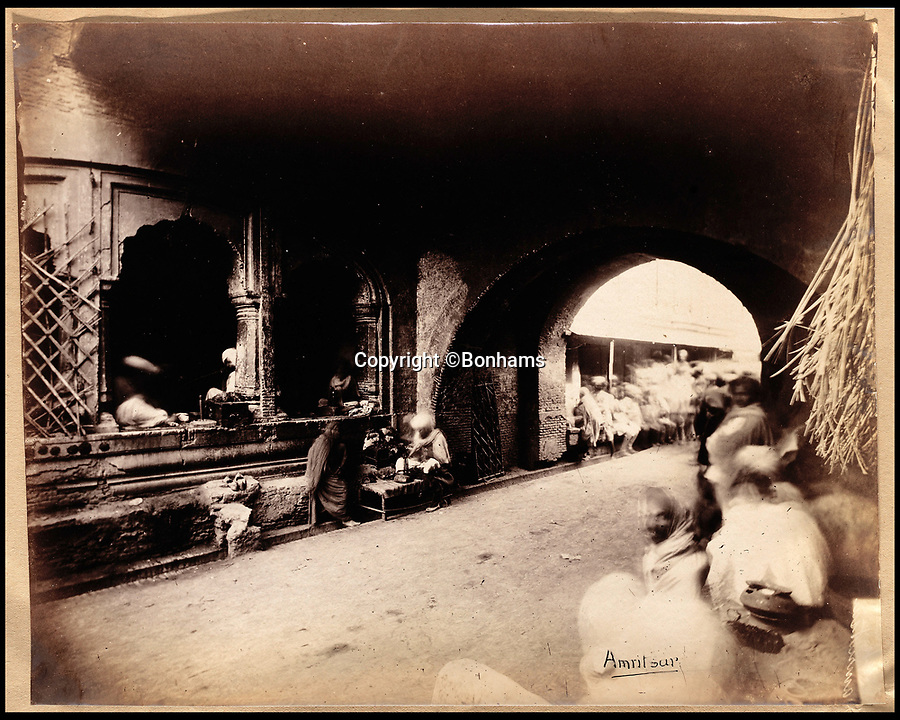 A remarkable photo album compiled by John Lockwood Kipling documenting his time in Northern India in the late 19th century has emerged for sale for £150,000.

Lockwood, father of the celebrated writer Rudyard, lived in India between 1865 and 1893.

An acclaimed artist in his own right, he took numerous eye-catching snaps of glorious monuments and bustling street scenes around Lahore, the Punjab and Amritsar.

The photos date from around 1888, when he was working at the Mayo Art school in Lahore and as curator at the Lahore Museum.

At that time his son Rudyard was a little known cub reporter for the Pioneer newspaper in Allahabad ,who was just about to publish 'Plain tales from the Hills', launching his literary career.
©Bonhams 6 Oct 2018 4639x3714 / 2.7MB