Add to Lightbox
Image 1 of 1
BNPS_LittleRedCorvette_04.jpg 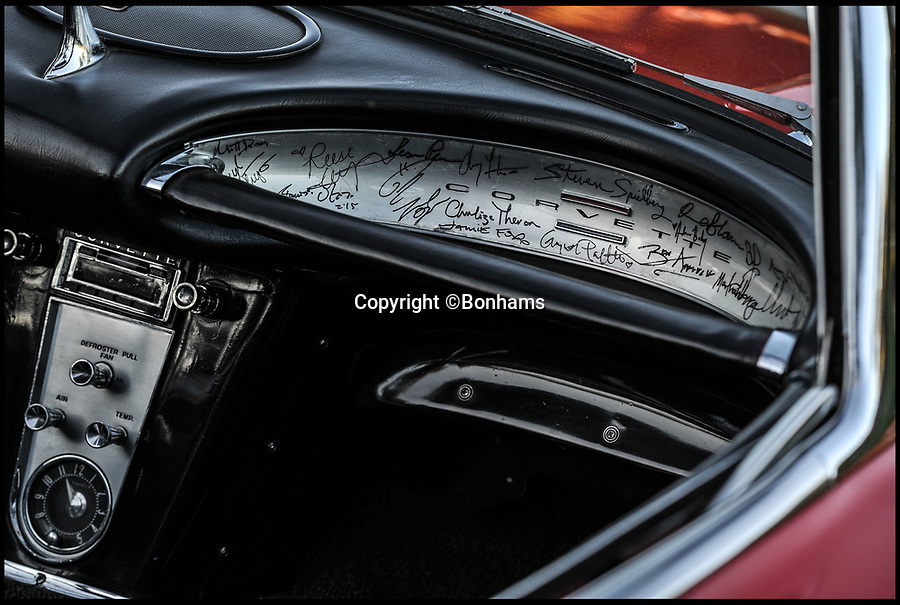 A classic Corvette signed by 20 of the most famous stars in Hollywood has emerged for sale for an eye-watering £112,000.

The red beauty was signed by the likes of Sean Penn, Meryl Streep and Brad Pitt as part of a charity gala in the glamorous French town of St Tropez in 2015.

The event raised over £25,000,000 for the Leonardo DiCaprio Foundation and the Hollywood heart-throb was among the stars to give his signature to the car.

The signatures, which are signed on the racer's dashboard, also include well-known names such as Ben Affleck, Steven Spielberg and Angelina Jolie.