Add to Lightbox
Image 1 of 1
BNPS_DaffodilsToAlzheimersPill_014.jpg 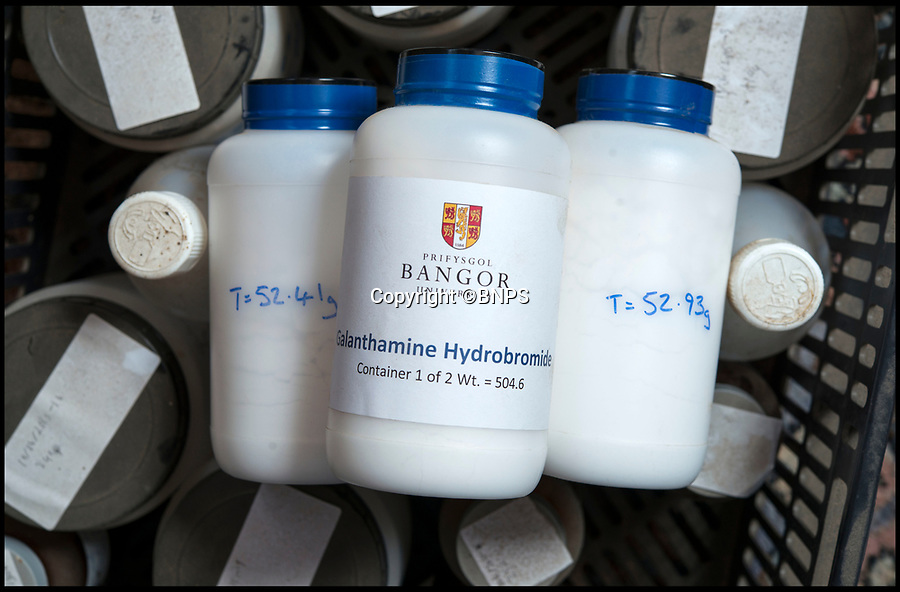 Kevin extracts the Galanthamine from the leaves of the plants.

These unique daffodils being grown in the Welsh mountains could be a major weapon against Alzheimer's disease.

They produce unusually high quantities of galanthamine which corrects the enzyme imbalance in the brain thought to cause the degenerative condition.

Welsh bio-research firm Agroceutical has spent the past six years developing a method of growing and harvesting the daffodils on their 20 acres of land in the Black Mountains to extract galanthamine for use in Alzheimer's drugs.