Add to Lightbox
Image 1 of 1
BNPS_MillionairesRow_015.jpg 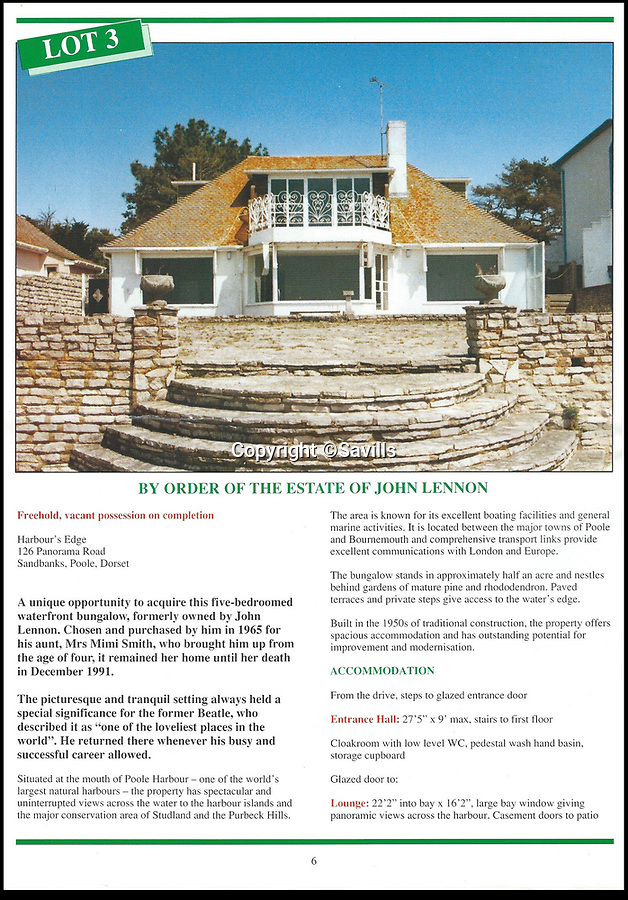 'Imagine' on the market for £7.25million is on the site of the house John Lennon bought for his Aunt Mimi in the 1960's.

Lucky 13 - This tiny 850 ft stretch of seafront on the exclusive Sandbanks peninsular in Dorset is now thought to be the most expensive seaside real estate in the world.

The 850ft long stretch of Panorama Road that boasts uninterupted views to the south west contains only 13 harbourside mansions that total a staggering £92.7m in value.

There is also almost total privacy from the road out front while back gardens run down to the water's edge.