Add to Lightbox
Image 1 of 1
BN_MontgomeryLetter_03.jpg 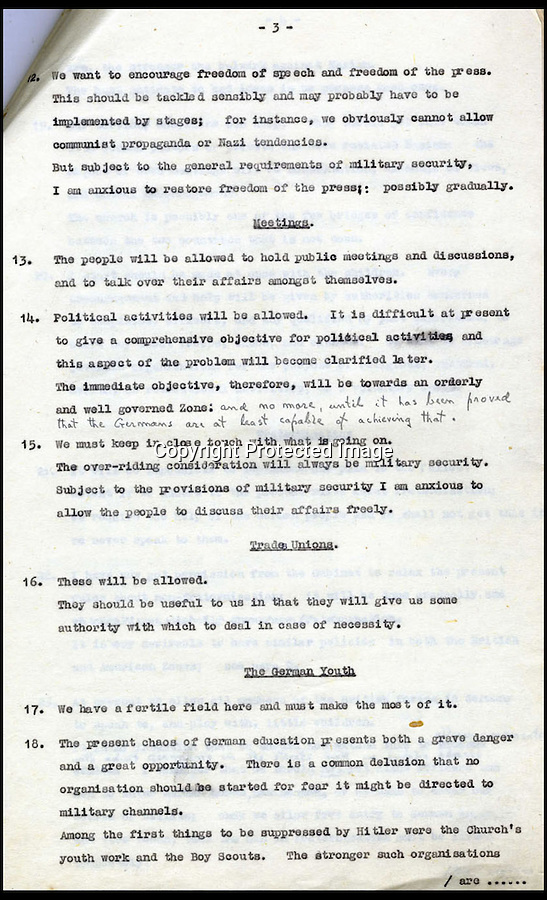 A fascinating plan drawn up by Field Marshal Bernard Montgomery to rehabilitate the German people from Nazism has emerged.

The British army supremo highlighted the importance of a free press and the role of the church in helping to rid the defeated nation of Adolf Hitler's warped fascist idyll.

Montgomery came up with a strategy to win the hearts of minds of the German people after the Allies took control of Germany following the end of World War Two.

He believed British soldiers should connect with the locals by having conversations with adults in the street and playing games with children in public.
P Yeomans 9 May 2013 839x1379 / 232.0KB