Add to Lightbox
Image 1 of 1
BN_SinkingFishingBoat_01.jpg 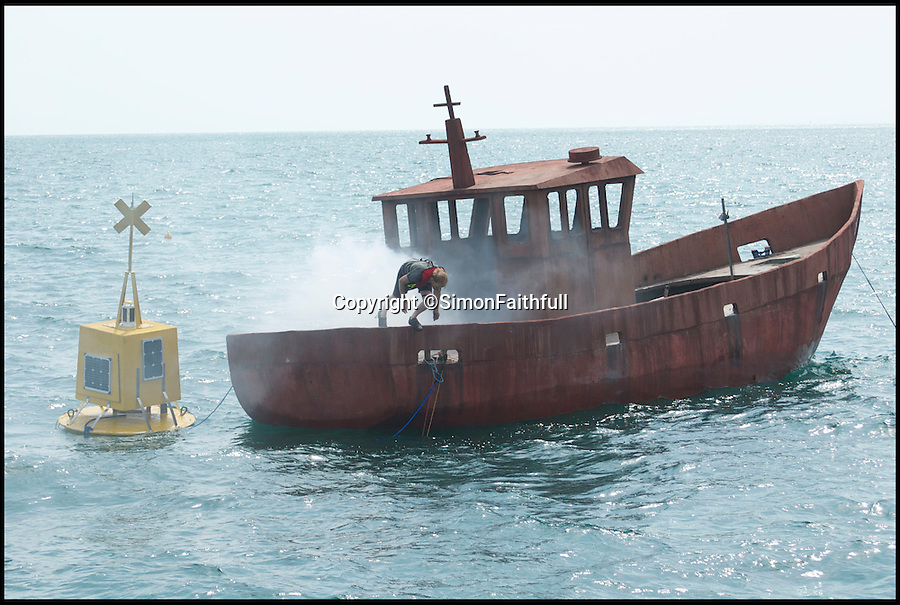 Sunk without a trace...

Taxpayers have forked out tens of thousands of pounds to pay for the sinking of a concrete fishing boat in the name of art.

British artist Simon Faithfull bought a boat on eBay with public funds then scuttled it in a dramatic display off the coast of Weymouth, Dorset.

It is hoped the boat, which now lies around 80ft below the surface, will form an artificial reef to support marine life in Ringstead Bay, Weymouth.

But there was outrage today after it emerged the project was part-funded by the British taxpayer through grants from the Arts Council.