Add to Lightbox
Image 1 of 1
BN_DialHitler_03.jpg 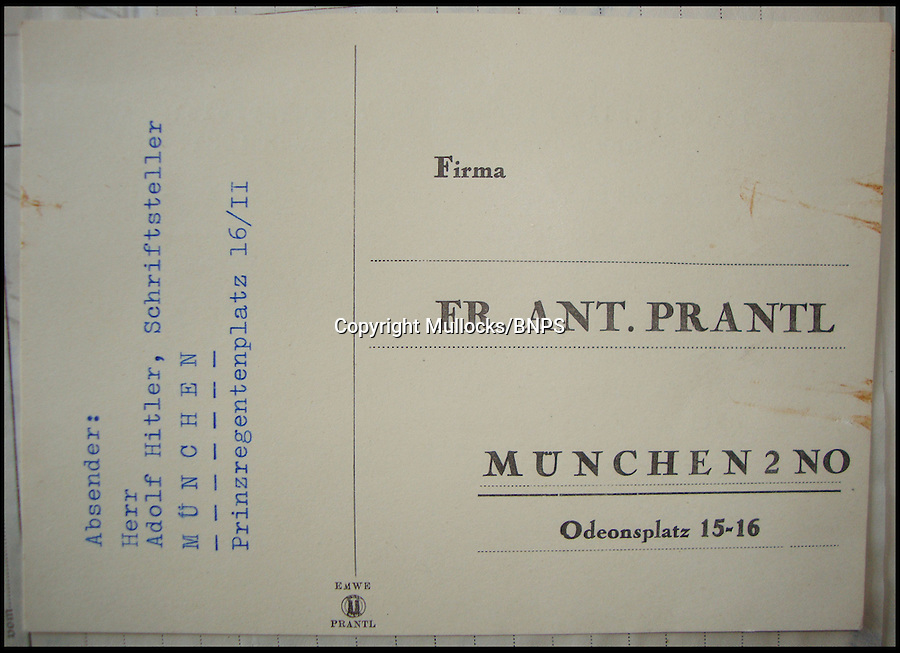 Dial Hitler! Adolf Hitler's personal address book for Munich that lists him as a writer has emerged for sale. In the directory Hitler is listed on page 413 as 'schriftsteller' - writer - because of the publication of his book Mein Kampf, My Struggle. His address is listed as 162 Prinzregentplatz and the directory came from the personal collection of Hitler's housekeeper, Annie Brunner. The document is expected to sell for £5,000 when it goes under the hammer at Mullock's auction house in Ludlow, Shropshire.
Mullocks/BNPS 2 Aug 2013 3918x2840 / 1.1MB