Add to Lightbox
Image 1 of 1
BNPS_ChinaMapSellsFor270k_01.jpg 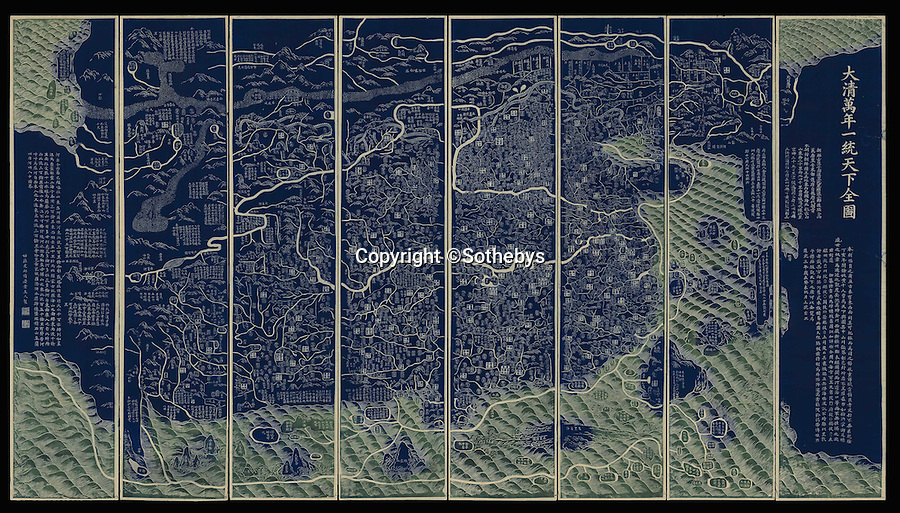 A rare gigantic blue map depicting China as the 'centre of the world' has sold for £270,000 - more than double its estimate.

The large woodblock print, which measures 8ft 6ins by 4ft 5ins, was produced in 1823 during the Qing dynasty and shows the Far East country as the earth's 'central kingdom'.

Comprising 16 sections on eight sheets, the spectacular map was built as part of a political manifesto and celebration of the unification of all Chinese provinces under the dynasty's rule.

And after being acquired by Canadian businessman Floyd Sully as part of his huge personal collection of Chinese document and manuscripts, it sold at Sotheby's in London yesterday.
©Sothebys 16 Oct 2016 6000x3421 / 4.9MB