Add to Lightbox
Image 1 of 1
BN_MarlboroughTapestryRevived_22.jpg 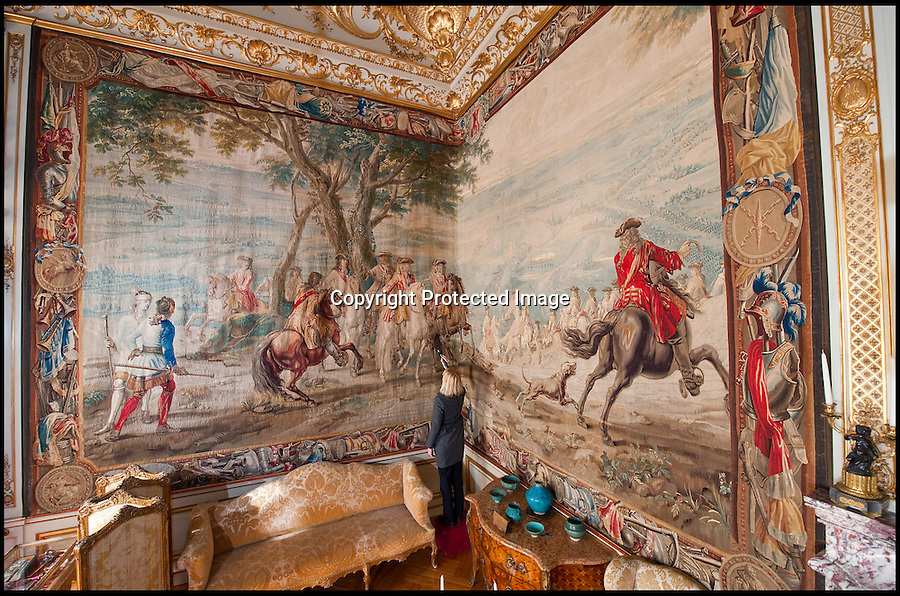 A priceless 300-year-old tapestry depicting the 'finest hour' of Winston Churchill's most illustrious ancestor has undergone a major restoration for the first time.

The Bouchain III tapestry hangs at Blenheim Palace and tells the story of the first Duke of Marlborough's Final victory over the French forces of Louis 14th in the War of the Spanish Succession.

The Duke, John Churchill, was a brilliant military strategist and, much like Winston Churchill two centuries later, led an Allied force in victory in Europe.

He considered Bouchain as his 'finest hour' because of his successful assault on a 'impregnable' enemy fortress finally finished the war.

The outcome of the war is considered a turning point in history, signalling the end of France's ambitions to rule Europe at the time.

To mark his achievement the Duke commissioned 10 incredibly detailed tapestries to be made. They have been displayed at Blenheim Palace ever since.