Add to Lightbox
Image 1 of 1
BN_SmokeDetector_04.jpg 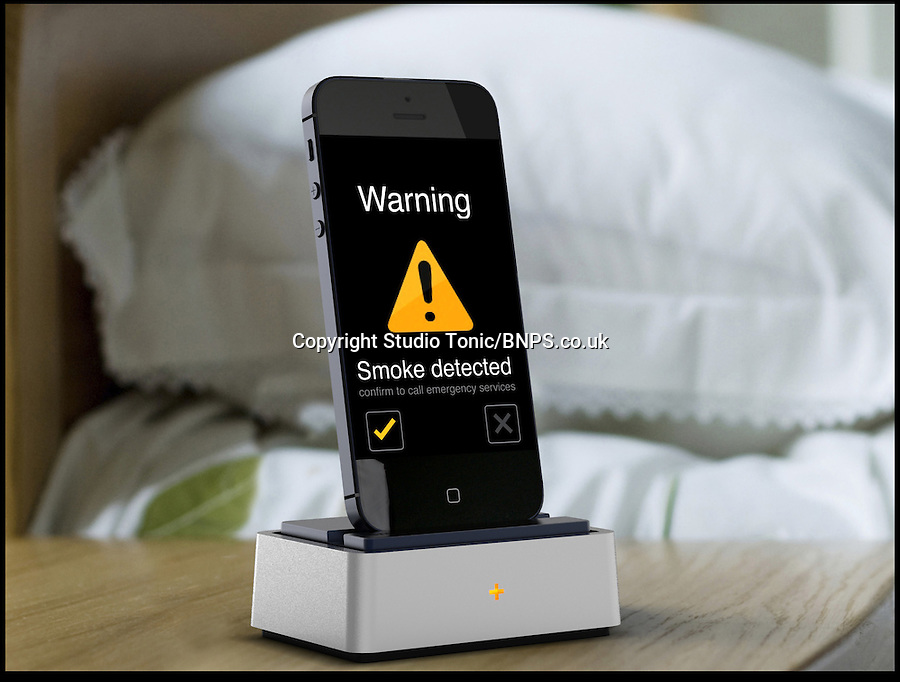 A new smoke-detector that can be plugged into an iPhone could save more lives than the current ceiling systems. The Sense+ fire alarm is activated when an iPhone is placed in the dock that has sensitive smoke and gas sensors. When the device picks up any trace of poisonous gas, such as carbon monoxide, or smoke, it will launch an application on the mobile and a loud alert will ring. If the alarm is not switched off within thirty seconds, the life-saving technology will then show a screen of emergency contact numbers such as the fire brigade. It will also automatically phone contact numbers in an emergency address book which is fully customisable and can be family, friends, or neighbours. Designers Studio Tonic behind the gadget claim that it could detect smoke or gas quicker than the ceiling models used across the world.
Studio Tonic/BNPS.co.uk 8 Jul 2013 1824x1382 / 331.7KB