Add to Lightbox
Image 1 of 1
BNPS_TedSimmons_03.jpg 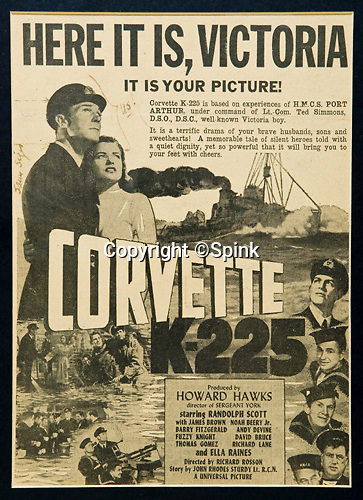 'Corvette K-225' - a 1943 war film based around the events of Lieutenant Ted Simmons and other Naval Officiers.

The incredible bravery of a Royal Navy officer who made it out of a sinking German submarine in the nick of time can be told after his medals were put up for sale.

In the Allied hunt for German Enigma machines and their codebooks during the Second World War, navy seamen were required to board stricken U-boats whenever possible.

By its very nature the job was incredibly dangerous as the submarines were invariably badly damaged from depth charge attacks and it was only a matter of time before they sank.

Lieutenant Ted Simmons was one of just a handful of men who managed to climb aboard a U-boat that his corvette ship had forced to the surface.