Add to Lightbox
Image 1 of 1
BNPS_NaziAutographAlbum_021.jpg 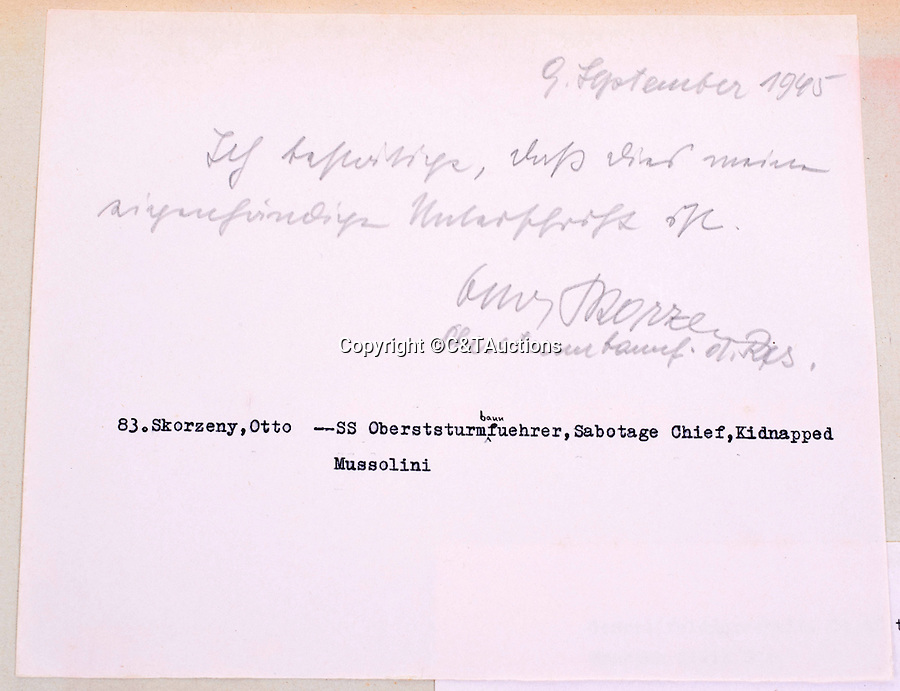 Otto Skorzeny was an Austrian lieutenant colonel in the Waffen-SS during World War II - most famous for freeing Mussolini after his overthrough in 1943.