Add to Lightbox
Image 1 of 1
BNPS_TitanicLetter_04.jpg 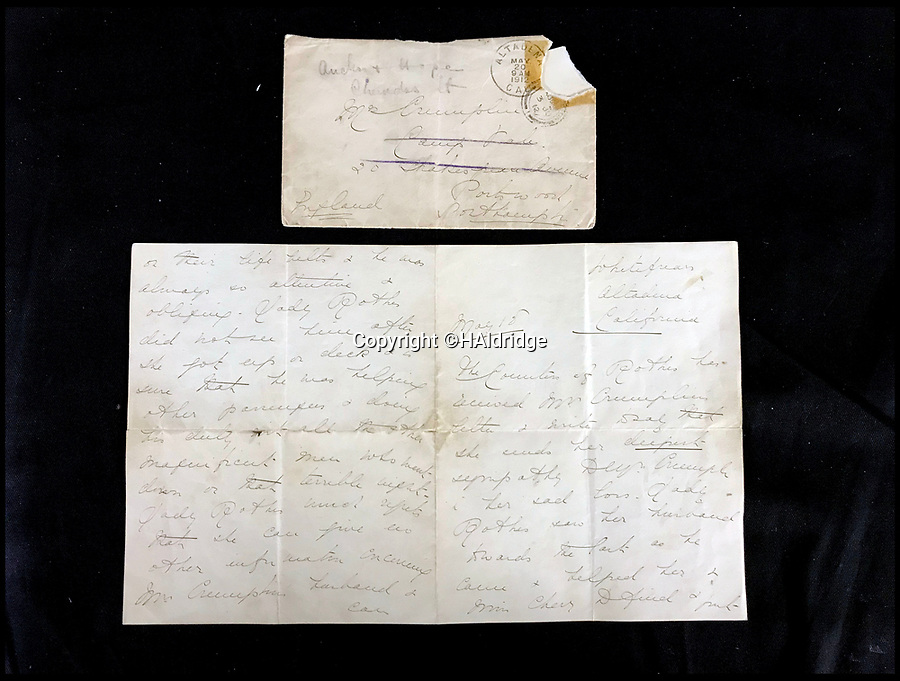 A poignant final letter home from a steward on the Titanic telling his wife to 'kiss the children for me' before he died in the disaster has come to light.

The moving note from Charles Crumplin is being sold for £20,000 along with a second letter sent by a survivor to his widow, telling her what a hero her husband had been.

After making sure the Countess of Rothes, one of Titanic's wealthiest passengers, was safely in a lifeboat along with her cousin and maid, Charles went back to help other women and children.