Add to Lightbox
Image 1 of 1
BNPS_MedalsOfIranianEmbassySiegeHero_06.jpg 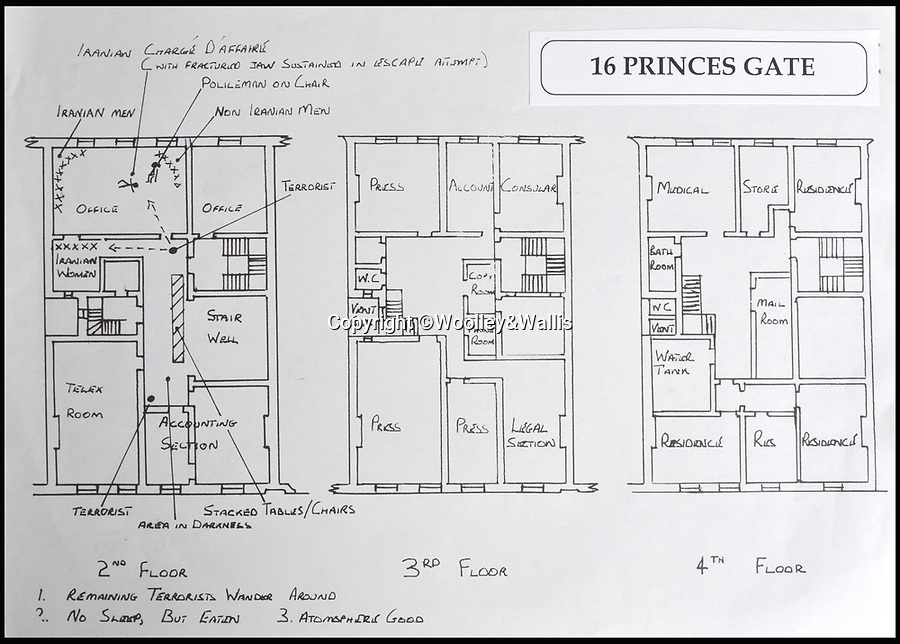 A floor layout which would have been given to members of the SAS before the siege. All hostages are marked with an X.

An SAS hero of the Iranian Embassy siege is selling his medals for £30,000 to help fund his retirement.

Warrant Officer Ian White is also auctioning his copy of the layout of the building which highlighted the known location of the terrorists and hostages to aid the SAS in their famous mission.

He was one of the first of the crack team of commandos to enter the London embassy and end the six day siege in May 1980.

He and a colleague went from room to room using flashbang stun grenades to clear it.

All but one of the 25 hostages alive at the start of Operation Nimrod were rescued. Five of the six gunmen were killed.