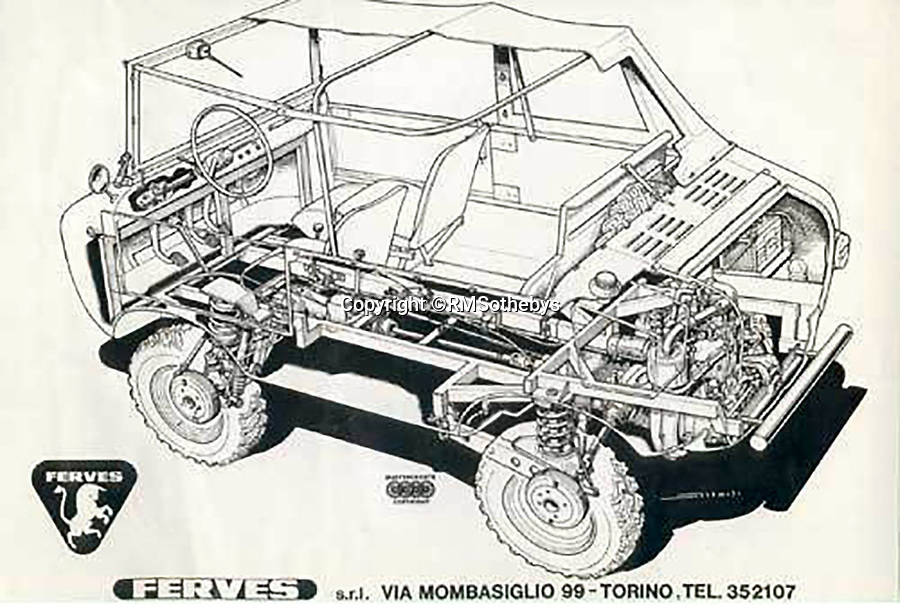 Simple desigh based on Fiat 500 parts...

Despite its lack of power the motor is incredibly desirable and has the capability to cover terrain that no other microcar could dream of - and unlike a Ranger Rover, if the tiny motor gets stuck you can just push it out on your own.
©RMSothebys 5 Aug 2016 1042x704 / 266.9KB