Add to Lightbox
Image 1 of 1
BNPS_TitanicLockerKey_01.JPG 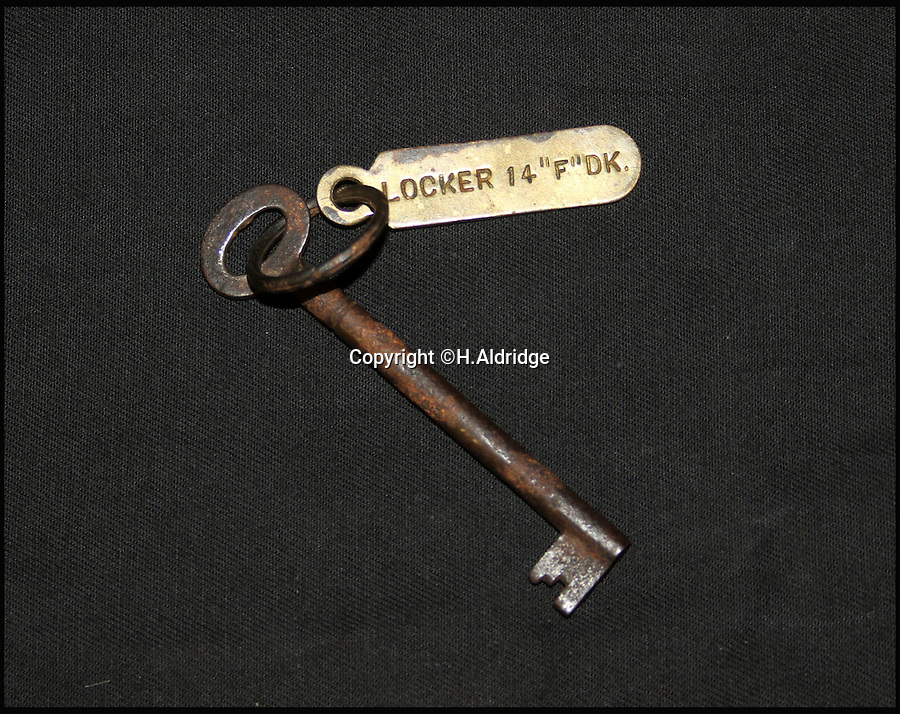 A rusty key a brave steward on the Titanic used to get to stowed away lifejackets has surfaced for the first time 104 years later.

The key was recovered from the drowned body of Sidney Sedunary who was last seen passing the cork-filled life preservers to third class passengers on a lower deck of the sinking liner.

The fob was engraved with the words 'Locker 14 'F' Deck' and would have unlocked a cupboard housing the lifejackets.