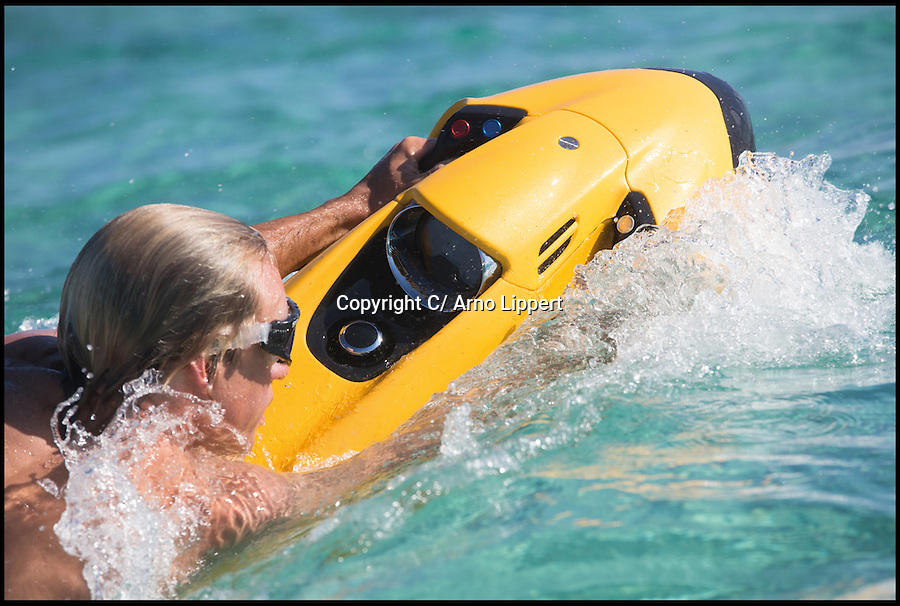 Swim with the fishes...

Das Boot - German engineers have launched a James Bond-style 'underwater jetski' which enables watergoers to "swim like a dolphin".

The cutting-edge watercraft uses a revolutionary electric jet which generates 700 newtons of thrust, propelling users along under the waves at speeds of up to nine miles per hour with a range of 60 minute before recharging.

The jet system is the first in the world to feature an impeller powered by an electric motor, which sucks in water then fires it out the back of the craft.

It can dive to more than 100ft, and the craft's speed is controlled by hand controls to flick through its 10 gears.

The craft is steered by using bodyweight to angle the craft, while an onboard computer informs users of power usage, depth, water temperature and speed.

The range start at £7000 but buyers can splash out almost £30,000 for a top of the range one that comes with all the added extras.