Add to Lightbox
Image 1 of 1
BNPS_AnimalMedalHeroes_12.jpg 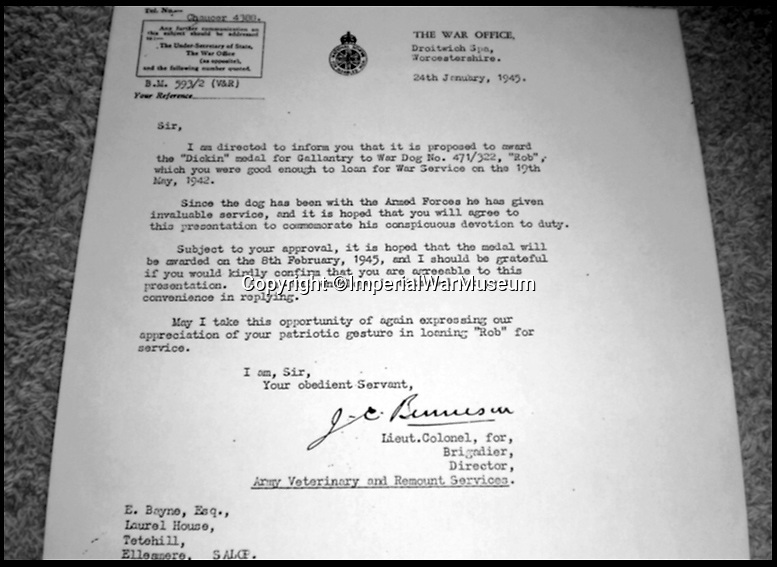 The letter from the War Office informing the Bayne family of Rob’s Dickin Medal award from the PDSA.