Add to Lightbox
Image 1 of 1
BN_JesseJamesGun_05.jpg 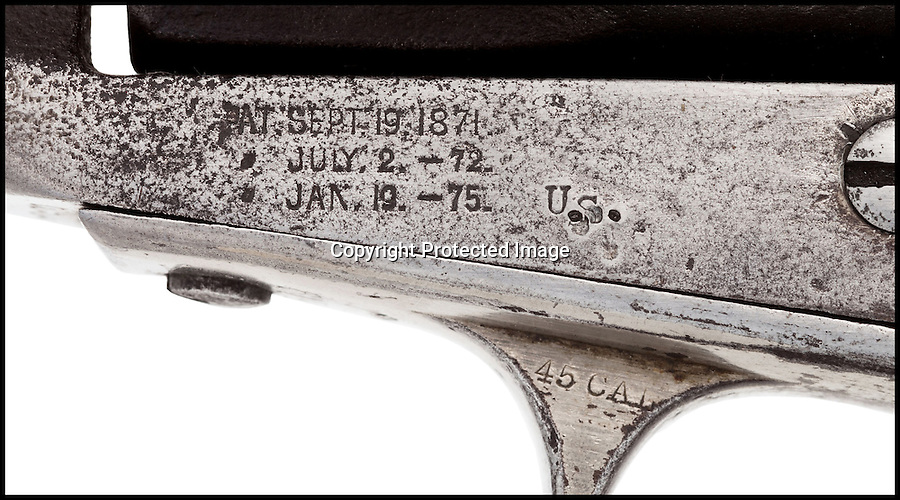 A pistol belonging to infamous Wild West outlaw Jesse James has emerged for sale 130 years after he was assassinated by a government hit-man.

The Colt .45 revolver was a favourite of the notorious gunslinger who spent more than 20 years terrorising the Mid West with his gang of bandits in the mid 19th century.