Add to Lightbox
Image 1 of 1
BN_DylanLyrics_01.jpg 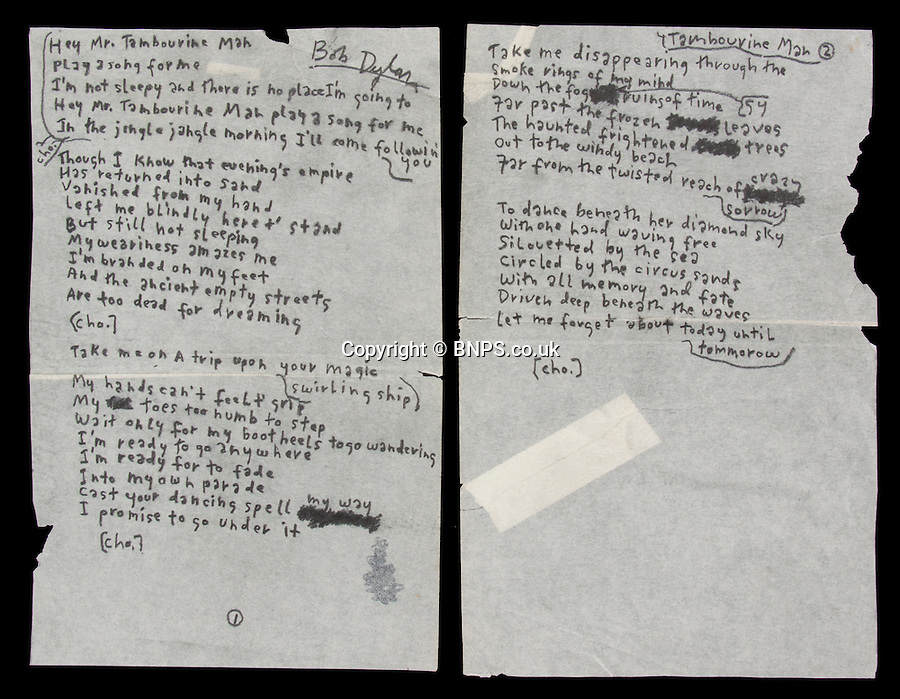 The original handwritten lyrics to Bob Dylan's hit song Mr Tambourine Man are tipped to fetch upwards of £60,000 when they go under the hammer at Julien's Auctions in Los Angeles on behalf of a private American collector.

The words to the song, regarded as one of the greatest of all time, were scribbled in pencil across two pages of a notebook Dylan used to write lyrics in.