Add to Lightbox
Image 1 of 1
BNPS_CandidSnapsOfKingGeorgeAndMary_12.jpg 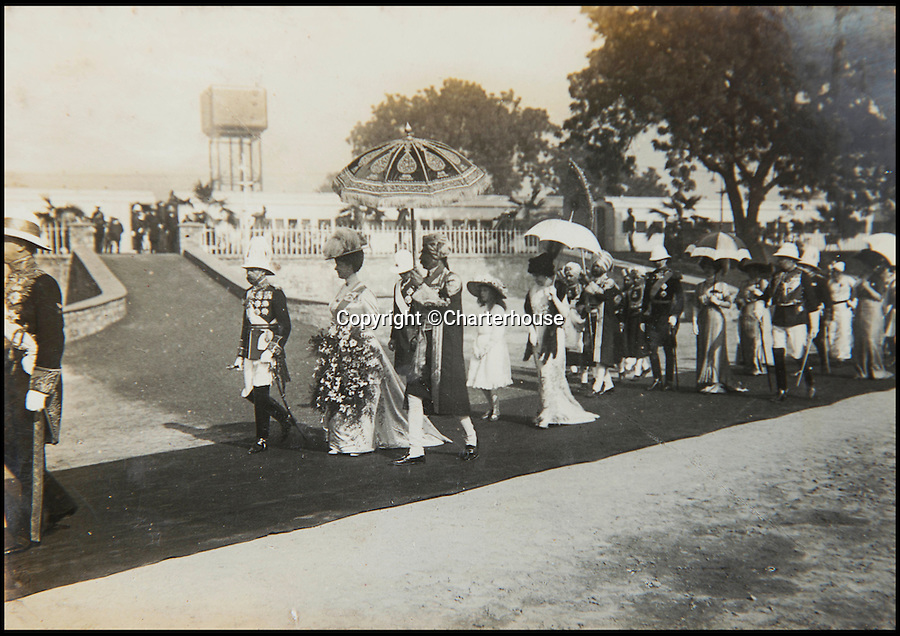 King George V and Queen Mary at the Delhi Durbar in 1911 commemorate their coronation as Emperor and Empress of India.

Candid photographs showing King George V getting carried away on holiday - during an hilarious four-legged race on board the Royal Yacht - have come to light.

One snap shows the current Queen's grandfather being dragged off his bound feet by his own footman in the farcical event in 1911.

The pictures are being sold by the family of former footman Ernest Brown at auction in Sherborne, Dorset,
©Charterhouse 2 Dec 2015 5853x4139 / 1.6MB