Add to Lightbox
Image 1 of 1
BNPS_BirthOfALegend_015.jpg 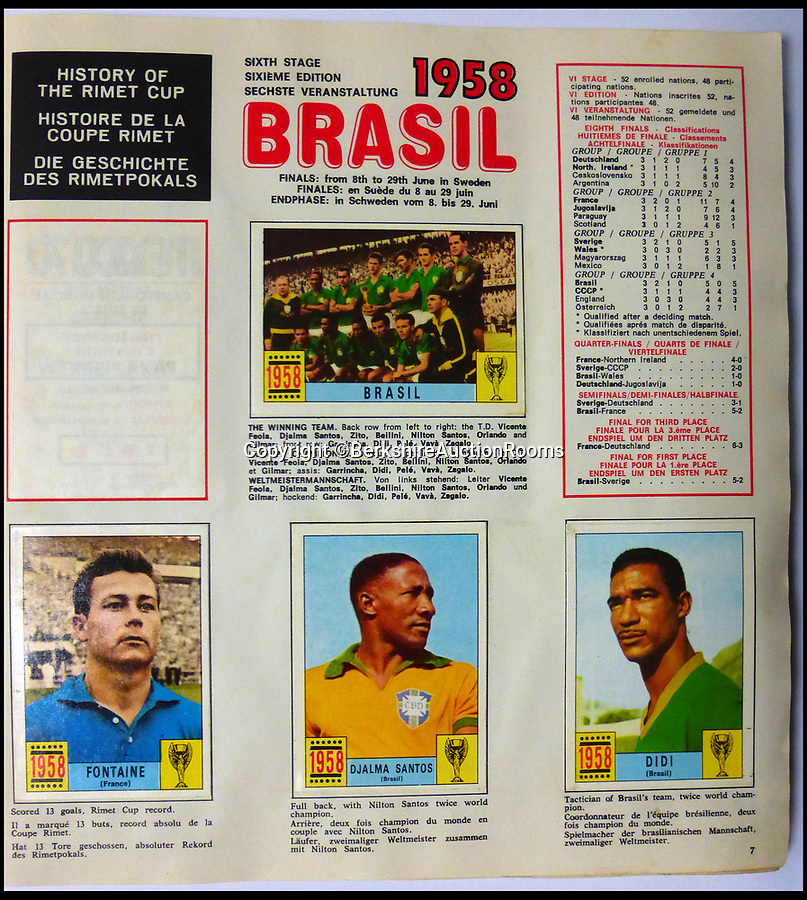 A schoolboy's precious pennies have turned into £1200 as a complete Panini sticker album from the legendary 1970 World Cup has emerged for auction.

Not only did Mexico 70 give rise to some of the most famous World Cup moments of all time, it also launched the Panini brothers as a global brand and led to frantic playground swapping up and down Britain.

The tournament held 47 years ago is often cited as the greatest World Cup. With 'the most beautiful goal of all time', Gordon Bank's save, Gerd Muller up front for Germany and Bobby Moore v Pele the tournament had everything.

The complete album is being sold by Berkshire Auction Rooms on Saturday.
©BerkshireAuctionRooms 8 May 2017 2244x2502 / 1.2MB