Add to Lightbox
Image 1 of 1
BNPS_BonoSchoolBook_05.jpg 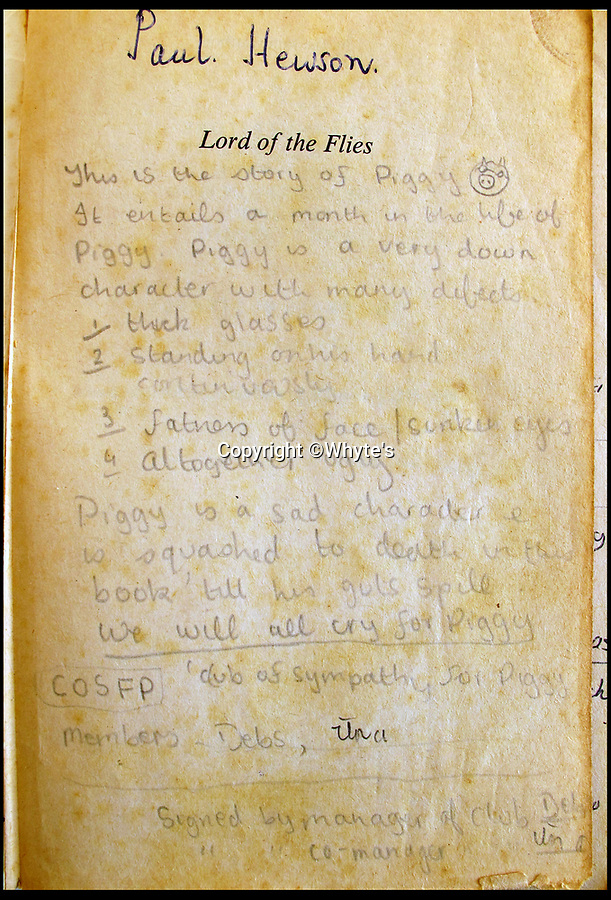 A school book that inspired a teenage Bono in his early songwriting and is signed with his real name has emerged for sale 40 years after it was kept by one of his classmates.

The well-worn copy of William Golding's Lord of the Flies has the name Paul Hewson, Bono's real name, written on the inside page.

It was used by the U2 frontman for his English class at Mount Temple Comprehensive School in the 1970s and also contains underlined words and notes believed to have been added by him.

The classmate is not being named but the book is being sold at Whyte's Auctioneers in Dublin, Ireland, with a letter of provenance from her, so she will only be identified to the buyer.

The letter states she was a classmate of Paul Hewson from 1975 to 1977 and she remembers him being "intelligent, literary, witty and funny".