Add to Lightbox
Image 1 of 1
BNPS_Earliest10CommandmentsStone_04.jpg 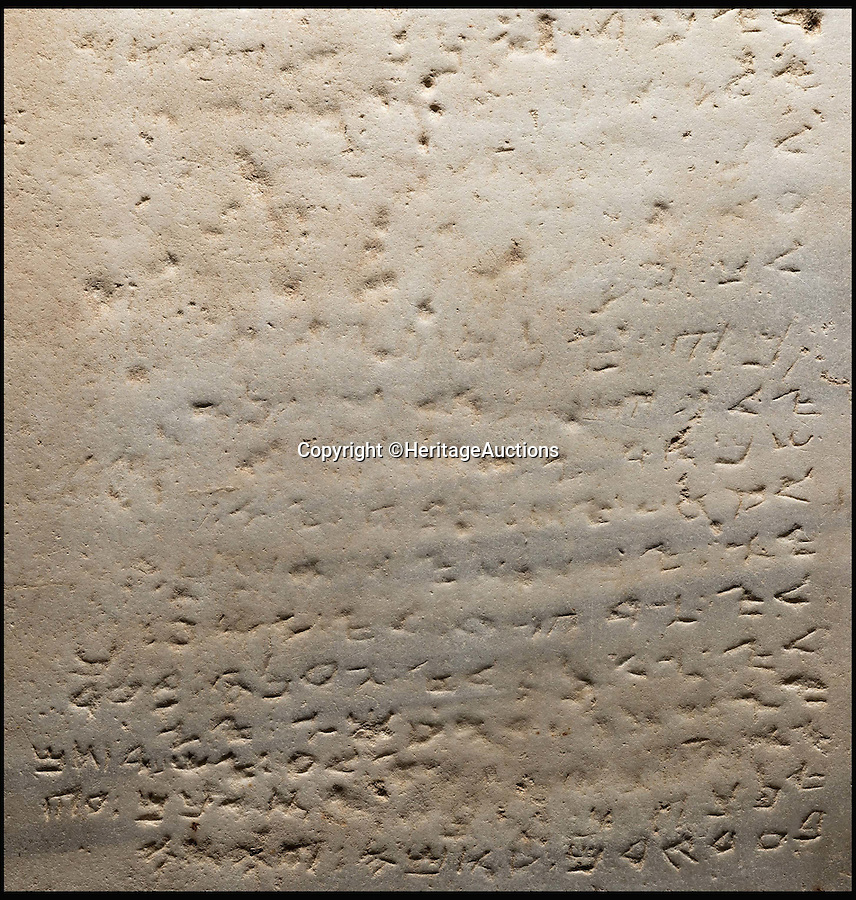 The earliest known complete stone inscription of the Ten Commandments has been put up for sale for £500,000.

The square tablet, that weighs 200lbs, is believed to date back to the fourth century and adorned an ancient synagogue in Isreal that was destroyed by the Romans between 400AD to 600AD.

The 'thou shalt' commandments were chiseled into the white marble slab in 20 lines of letters in the early Hebrew script called Samaritan.

The 2ft by 2ft tablet was uncovered in 1913 during excavations for a railway station near Yavneh in Isreal.